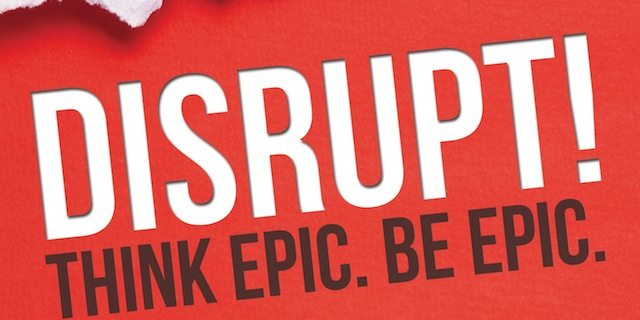 Here’s a sampling of a few such habits:

Go back to the future. Find two mentors, one twice your age and one half your age. One will share with you the wisdom of experience, the other will take you on an unknown path. Embrace them both.

Kill what you cherish most. It’s about you disrupting whatever accomplishments you’re most proud of and want to protect before someone else does.

Don’t fight stupid. If you find yourself fighting an uphill battle, move on. Quickly. There are far too many other opportunities waiting for you. Never waste your time or energy fighting stupid.

Using the real life stories of not only well-known business figures and founders, but also everyday innovators who have created everything from a Craigslist for people with disabilities to a Pakistani school for young boys who had been indoctrinated into the Taliban, Jensen’s interviews offer an inside look at the character of some of today’s greatest change makers.

I caught up with Bill Jensen to ask him a few questions about what it takes to master disruption.

Disruption is the buzzword of the decade. But disruption is the way of the world and has been since the dawn of time. Aren’t we just talking about change and how to deal with it?

Disruption is change, yes, but of a particular variety. Not just massive change, but profound change. Change that evokes a “this changes everything” response in people. Disruptions, as I define them, alter the course of either your life or your daily routines.

We’ve now entered an era of continuous personal disruption. You will experience at least 100 times more major disruptions in your lifetime than your parents experienced. And your daily routines? They’re disrupted before you have your first cup of coffee. I’ve read research that estimates our attention span is less than 10 seconds, thanks to the constant interruptions.

There is no solid ground anymore, ever again. Deal with it or go the way of the dinosaur. Master this dynamic and you’ll have a lot more fun!

I had a grade school teacher tell my parents I was disrupting class. It wasn’t a good thing. Should people be putting “Disrupted (X)” on their resume?

Using the word “disrupt” on your resume isn’t the best idea. Instead, the politically correct packaging would be called innovation or creativity. And those two areas of focus are huge draws for potential bosses or clients.

It’s all about helping your company or customers achieve their goals. Young Matt May and Billy Jensen were labeled disruptive because in grade school we hindered our teacher’s efforts. That’s bad. But if we could reinvent classroom dynamics with a tablet or change teaching methods with enhanced personalization of content, that would be very, very good.

Innovation is disruptive change applied to a specific goal. That is a very desirable thing in today’s marketplace.

Not everyone can be a disruptor … or can they?

Here’s what I found: To master disruption, you must be disruptive. That’s the only way out of the chaos.

But that does not mean everyone must blow everything up. The world also needs balance, harmony, stability, anchors, voices of reason. If you are one of those anchors, keep doing that.

Most of what I found was not about technology or business disruptions. It was the ongoing challenge of self-improvement when the world around you is changing at a dizzying pace. You have to continually disrupt yourself before somebody does it for you. 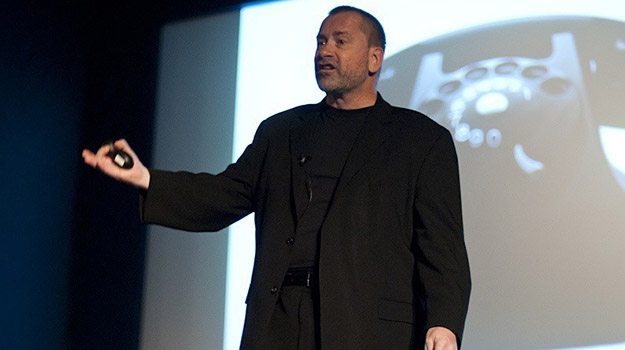 “Highly effective people” only need to adopt seven habits, at least according to Stephen Covey. You’ve got 25. That seems excessive, especially from someone known for being an evangelist for simplicity.

Truth be told, I did in fact struggle to get them into a far shorter list. It just wasn’t working—and then I realized why. Being a disruptive hero is a very tailored experience: It will look and feel different based on each situation, each person.

So I prefaced the 25 habits this way: Pick the five or six that excite you, scare you, challenge you or have the most traction for your current situation. Adopt those habits. Ignore the rest … for now. That’s your personalized handbook to being a disruptive hero.

You conducted 100 interviews of individuals you characterize as “disruptive heroes.” What makes them heroic and what criteria did you use to select them?

I began with two core criteria:

1. Disruptive because they would not accept the status quo. They actively changed the way we work, play and learn.

2. Heroes because they helped us change for the better, and did something extraordinary or unique.

Their backgrounds and experiences were very different—from Fortune 25 CEOs to small-business entrepreneurs and tech geeks and doctors. Yet how does one compare the heroics of curing cancer to starting the Arab Spring revolution to teaching Chinese executives about diversity to producing two of the highest-ever grossing Hollywood films? That’s tough.

If I were to pick one shared heroic quality above all others? The 100 heroes had the same driving passion as every firefighter: They run to the problem when everyone else is running away.

My Boy Scout leader, Jack. Jack was surely a disruptive force in my life. But he became my hero when he taught me about the power of a team acting as an integrated whole, achieving something that none of us could have done alone. An ex-Marine, he exhausted us prepping for the camp’s marching competition. With Marine-like precision, 40 boys marched as one. After our glorious win, he sat us around the campfire and made sure that we understood the power of teamwork and working together as one. I value that lesson still.

You need to learn how to embrace all disruptions as continuous new opportunities for innovation, not as threats to whatever you’ve currently planned.