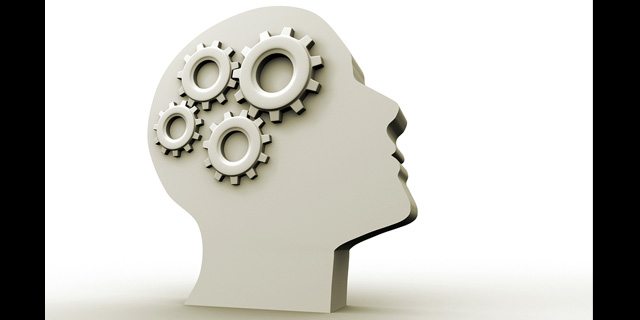 I’m feeling ambitious this week, so I thought I’d see if I could synthesize 2500 years of social and behavioral science and conceive a grand unified theory of talent in about 1500 words. I’m of the mind that if we know better, and tap into, our more natural inclinations, we improve our ability to use our unique ingenuity, improve our ability to innovate, and move the needle ever closer to become an artist at work. (At the same time, I’m quite open to arguments to the contrary.)

I’ll start with the concept of native aptitude, aka “intelligence,” and work backwards in time, since current theories are more complex than those of bygone eras.

In his 1983 book, Frames of Mind, Harvard researcher Howard Gardner proposed the theory of multiple intelligence. Based on a number of criteria, not the least of which includes neuro-scientific studies of the brain, Gardner identified the primary intelligences, or core human aptitudes:

It is nearly impossible to think of any single talent, ability, skill or role – in fact any human achievement that can’t be categorized under and traced to at least one of these intelligences. All have numerous examples of human prodigy on record: great works of art, books, music, social movements, athletics and dance, architecture, philosophies, science – all major domains of human activity and accomplishment.

The abilities and skills we favor call upon one or more these core human aptitudes, which can develop and combine in countless variations to yield hundreds of specific talents.

For example, one’s acumen in architecture might spring from a strong native spatial intelligence that yields talents for design and conceptualization that have been further developed through training into the applied skills of composition and drafting. Success as a team leader might be traced to strength in the interpersonal and linguistic aptitudes, exhibited as strong abilities in coaching and communicating the mission.

The important thing is that we each have a unique blend of these multiple intelligences, a combination that relates directly to, and perhaps even determines, the broader but equally unique theme experts refer to as intellect.

Conveniently, the 2500-odd years that have elapsed since Hippocrates first proposed his ideas on human behavior have not changed the revelation that human intellect tends to exhibit in four distinct mindsets, each one acting as a sort of mental prism through which observable patterns of talent emerge. Each has a distinct pattern of observable behaviors – a clear motif – that shows up in how we naturally prefer to utilize our personal resources and assets to accomplish our objectives. They manifest themselves in the types of roles we move into and jobs we perform.

It’s important to realize is that we all have some of each of these four to some degree – but each of us has a dominant theme that determines much of what underlies our outlook and actions. Thus, they become the window to recognizing our talents and uncovering our realm of creative power.

The Rule of Four

The notion that there exist “four faces of mankind” has its origins in ancient Greek science and philosophy, yet can be traced through to today in all facets of culture.

Hippocrates referred to the elements of earth, wind, fire and water as the four “humors,” each influencing a different human behavior. The philosopher Plato (4th century B.C.), building on Hippocrates’ work, referred to four “faculties.” In his words: “Let there be four faculties in the soul – reason answering to the first, understanding to the second, conviction to the third, and perception to the fourth.”

According to Plato, all humans seek knowledge to some extent in all four areas, with a natural tendency toward one presiding over the other three. This in turn influences the best use of one’s natural gifts, which must then be developed in order to flourish. According to Plato, this led to the good life and ideal society in which each person does their work according to their nature. In Plato’s view, the four faculties of the soul, if followed genuinely, will result in four primary skills or roles: agency, propriety, diplomacy, and philosophy. (Note: now don’t write and tell me this was Socrates. Socrates was Plato’s teacher, but only appears in Plato’s dramatic dialogues. Socrates never wrote anything.)

Half of 20th century psychosocial thought focuses on this “rule of four.” Erich Adickes in 1907 spoke of four “worldviews” – innovative, traditional, dogmatic, and agnostic. Eduard Spränger in 1914 wrote about four “value attitudes” – artistic, economic, religious, and theoretic. Carl Jung in 1920 wrote of four “basic functions” – thought, emotion, sensation, and intuition. Isabel Briggs Myers in 1955 built on Jung’s work and identified four “types” – feeling, thinking, judging and perceiving. David Keirsey in 1987 used Plato’s own terms from the Republic to describe four “temperaments”: guardian, rational, idealist, and artisan. The Gallup Organization’s “strengths theory” splits its themes into four main categories: thinking, striving, relating, and impacting. Many, many others have offered their own take on human nature, focused on four classifications.

We can find intriguing traces of the rule of four beyond philosophy and science. In his epic tale of Napoleon’s invasion of Russia told in War and Peace (circa. 1865 – 1869), Leo Tolstoy discusses the order of Freemasons by describing four types of members – those pursuing scientific secrets, those after social opportunity, those seeking a fully actualized path for themselves, and those in it for the more ceremonial aspects of the order. In Lyman Frank Baum’s 1900 children’s book The Wonderful Wizard of Oz, popularized by the 1939 movie based upon it, the four central characters were each driven by a different “most important” need. Dorothy wanted home; the Tin Man wanted heart; the Lion wanted courage; the Scarecrow wanted a brain. The Wizard himself, of course, was of little help, because each character already possessed what they were seeking, but did not recognize it.

In Judeo-Christian religion, historians and theologians have long grappled with the question of why the New Testament has four Gospels. Not only is there evidence of two other “gospels” available to believers at the time – those attributed to Peter and to Thomas – but the four included offer quite different accounts for the same story, the life of Jesus Christ (confirming the rather unanimous belief that the authors did not collaborate).

It’s a massive understatement to say that the rule of four has consistency throughout our world culture. The four faces of mankind, so it seems, are here to stay. And if we take all of the work that’s gone before, remove the subtle nuances and pare the whole thing back to something easier to grasp and more useful for the everyman, the rule of four’s buckets of natural ability look something like this:

In the business world, if you’re assembling a team, you’d be well advised to have each strength represented if you want the best results.

Each of the four deserves a closer look to reveal the timeless keys to our creative potential.

Guiding Light for the Artist’s Journey

The Art Elements of Work