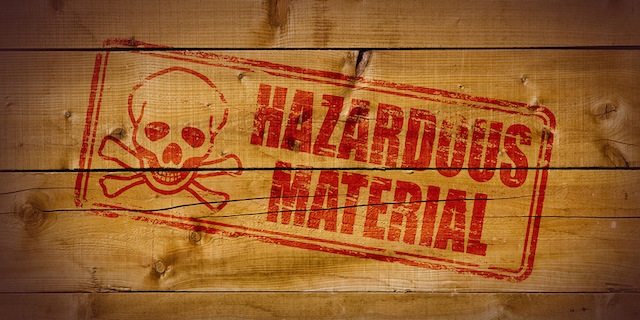 I define inelegance as anything that has one or more of these qualities:

Rarely do I come across a commercially successful solution offered by a major brand that is clearly hazardous. And one by a household name that trumpets its empathic design process? Never.

Until now. That brand? Pottery Barn. 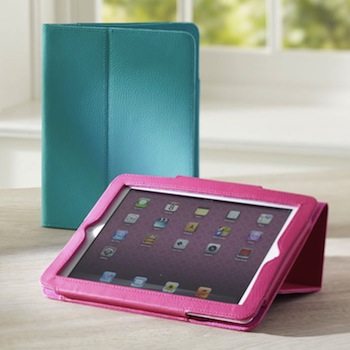 For my daughter’s 11th birthday, we outfitted her bedroom with new furniture from Pottery Barn. She’s into this blue turquoise color lately, so we accessorized her with a wallet and personalized iPad leather cover, shown here.

She loved both items. I mean, REALLY loved them.

But soon after putting her iPad into its case, she was close to tears. The screen was doing that weird static noise kinda glitchy thing electronic screens do when they’re dying. It was unusable.

Distraught, she brought it to me. I had no idea what was going on, so I did the normal routine of removing the iPad from the case, shutting it down, and restarting it. Very sophisticated.

When it came back on, no problem. Whew. Disaster avoided. Or so I thought.

She put he iPad back in its case, and the problem reappeared immediately. It was the case. But how? It’s just leather. Or so I thought.

In what can only be called the epitome of stupidity and ignorance, Pottery Barn had put a magnet in the leather flap. SERIOUSLY??!!! You have to be an idiot or been living in a cave since the 60s to not know that magnets are like kryptonite to computer components.

The episode from Breaking Bad flashed in my brain…when Jesse and Walter got the brilliant idea to destroy video evidence of their underground meth lab residing on a laptop/hard drive stored in the police evidence locker by driving up to the building in a truck loaded with electromagnets wired together to become a super magnet.

Pottery Barn could not take the case back, because we had my daughter’s initials engraved in it. More importantly, she did not want to part with it.

So I carefully performed surgery to remove the 1/2 inch by 1 inch magnet. Root cause eliminated. Scar not visible in any way. Happy daughter.

The magnet added absolutely no value, was completely unnecessary, and quite hazardous to the health of the very thing the case was designed to protect.

SO: Public Service Advisory. DO NOT BUY THIS PRODUCT!

Note to Pottery Barn: you have truly tarnished your brand. Shame on you. Maybe do what every other retailer does, and allow people to write online reviews of your stuff. And stop telling people how user-centric your design process is, because this little example shows you to be full of crap. You clearly don’t test your products. Time to come kicking and screaming into the 21st century.

How To Cross The Tech Chasm

To My Email Subscribers: Moving My Feed