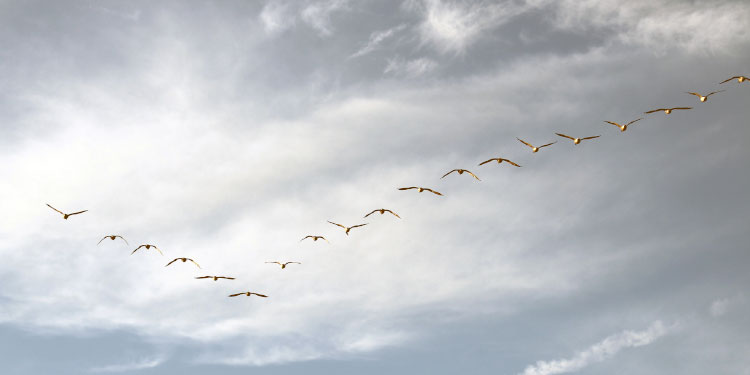 A few days ago, as I was waiting for an item I purchased in my local Apple store to be brought out to me from the back of the store, I had the opportunity to observe Apple’s frontline strategy be played out in front of me. It revolved around another floor associate assisting a gentleman considering the purchase of an Apple watch.

Now, you might be thinking, what possible strategy would or could an Apple associate on the floor really need? Apple devices sell themselves, right? Wrong. Especially in the case of the Apple watch, which was a strategic product choice seemingly unrelated Apple’s core business. Many pundits questioned Apple’s decision. For many, it was a head scratcher.

That “seemingly unrelated” nature of the choice must have had several conditions for success, one of which obviously concerned the retail salesperson’s capabilities: a watch, unlike all of Apple’s other products is a wearable one, and a fashion accessory at that. Irrespective of the functional technologic similarities to the rest of Apple’s line, the Apple watch, like any watch for those who wear one, is fundamentally different. It becomes a very visible part of your person, and when the novelty of owning one has worn off, you’re left with the question of whether it reflects your image, and corresponding personal fashion sense. It thus requires a new selling capability, one centered on personal image, lifestyle, and fashion.

I remembered when Apple chose to play in its own bricks-and-mortar retail stores, another move that had been met with the same media skepticism the Apple watch garnered. If you recall, the trend was in the opposite direction, a more Amazonian one: shutter the physical to enable online retail to flourish.

The Apple retail store choice was made at the Steve Jobs level, but that choice in turn required thoughtful choices at the retail operations level, one click down from the corporate choice.

As we now know and have experienced, the Apple retail store strategy clearly reflected the Jobsian mindset around simplicity, design, and uniqueness. The retail strategy was, in reality, quite well aligned to Apple’s “think different” brand: the notion of a Genius bar, the utter lack of queues and cash registers, self-organizing floor associates, store design and product display—everything was different from a conventional retail store experience.

Back to my story…

It was a busy noontime crowd, and the Apple watch station had at least a half dozen customers hovering around it. One associate was already helping someone. I spied another approaching the general area, which consisted of two parallel display stations: one for the Apple watch, the other for the iPad. The associate glanced at both, then made a beeline for the watch station. That’s what sparked my interest, because the iPad station had just as many customers around it.

It struck me right then that this particular associate had a strategy in mind. I mentally began ticking through the Play-to-Win cascade of choices: winning aspiration, where to play, how to win, required capabilities, and management systems needed.

If Apple wanted to win in the “smart wearable” space, it needed to focus retail resources on its success. In other words, this particular retail associate made a strategic choice to head toward the watch station, choosing to devote his personal and professional attention there in an action aligned to the both the retail and corporate strategy.

Among the handful of customers at the watch station, there was an older gentleman desperately trying to look savvy, nervously poking at the display watch, but clearly in need of a confidence boost. And that’s the customer the retail associate chose to help.

Winning aspiration and where to play: check.

I somehow couldn’t picture this particular gentleman wearing an Apple watch, so I inched closer to listen and observe. The first thing out of the associate’s mouth was not a “can I help you?” or even a “qualifying question,” but rather a rhetorical: “kind of confusing isn’t it?” Right away, the customer relaxed. You could see it. A chuckle, a nod, a breath. A little empathy resulted in instant rapport, in five simple words. Immediately, I got this associate’s competitive advantage: empathic connection with customers.

How to win: check.

Once the personal connection was made in that short exchange, the questions began: Considering a purchase, or simply exploring and needing a quick tour? For you or someone else? Do you use other Apple products, an iPhone perhaps?

It turned out that the customer was considering an Apple watch as a birthday gift for his granddaughter, who was graduating from high school. That launched a new series of questions, ones more related to fashion and lifestyle, rather than function. The associate was no longer worried about customer usability, knowing that the gentleman’s granddaughter was a longtime iPhone user, but he was worried about specific model choice. Did she have a favorite color? Did she engage in sports?

The customer didn’t know what his granddaughter’s favorite color was. The associate asked about what she liked to wear, what color her car was if she had one, what color her iPhone was, what music she liked. “She loved the one the guy in the hat on that singing show wore,” said the customer. Ah, Apple’s strategic product placement on the wrist of Pherell, a celebrity coach on The Voice. What she really liked was the band color: pink. It was a lock.

The transaction was consummated within minutes on the associate’s modified iPhone. Email receipt sent to the customer’s Apple ID email address.

The whole experience took less than five minutes…in keeping with the Apple philosophy of “ready right out of the box.”

The point of the story is this: if your top-level corporate strategy does not cascade down through the organization to the frontline, if your strategy is a “one and done” kind of thing, you’re missing out on the real power of strategic alignment. Strategy drawn at any level below the very top of the organization must be nested with the one above it. If it doesn’t, it won’t be long before you’ll hear employee feedback ala “we don’t have a strategy.”

Many companies are good at cascading measurable outcomes throughout the organization. For example, what has become known as OKRs exist, perhaps made most popular by Google. OKR stands for Objective and Key Result. Senior management sets objectives and key results, which they hand down vertically to the business units. The senior management key results become the business units’ objectives. They then set key results, and hand them down to functional departments. An upper level key result is a lower level objective.

It’s the Western version of the Eastern management practice of hoshin kanri. Hoshin basically means aim, or direction, kanri essentially means management. In Japanese etymology it suggests the shining of the compass’s metal needle, the one leading all the individual units of the group toward the goal. The visual metaphor is that of geese flying in the V formation. Individuals all, but all heading in the same direction, all aligned.

Having measurable outcomes like goals cascade down through the organization is all well and good, but there’s far more power in cascading strategic choice-making, ensuring that there’s alignment between various levels of aspiration (the goal thing), playing spaces, competitive advantage, capabilities and systems. The strategic organization is a formidable foe in any space, because it’s generally the winner.

You may have a great corporate strategy at the top of the organization. But here’s the test: does it nest?

What Is Your Winning Aspiration?

You Know You’re Clear On Strategy When…