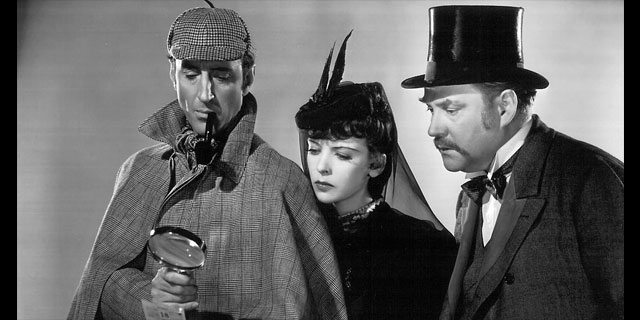 One of my all-time favorite thoughts is by UK-based urban designer Ben Hamilton-Baillie, a master of designing shared space intersections: “If we observed first, designed second, we wouldn’t need most of the things we build.”

The Japanese phrase for what Ben is talking about is genchi genbutsu, which roughly translated means “go look and see.” It is a principle widely practiced in many Japanese organizations. The goal is to build skill in viewing problems and challenges from different perspectives, much like artists, sculptors, and photographers do when they look at their subject from every possible angle to enhance their ability to artistically render “the truth.”

Now, I believe that the ability to survive and thrive in this world of increasing excess and unnecessary complexity lies in our ability to make sense of it, and to craft elegant solutions and stories through the tools and skills at our disposal. But to do that, we must become better observers, better fact-finders, and better detectives.

To become better detectives, do what New York’s finest do: analyze art.

New York Police Department Assistant Chief Diana Pizzuti says, “In New York, the extraordinary is so ordinary to us, we’re always looking to become even more aware as observers.” NYPD sends newly-minted detectives to the Frick Museum in Manhattan.

The technique isn’t as strange as it first appears: Solving crimes successfully requires careful attention to both detail and the bigger picture in order to find the connections and patterns between seemingly unconnected clues.

Here’s how it works: Frick Museum educators coach detectives on how to examine a painting in detail. Examination time is limited to simulate the initial scan and quick analysis required when arriving at an actual crime scene. The process is one first of observation and description, moving from foreground to background, followed by analysis and conclusion.

How does that apply to assessing a crime scene, you ask? By widening the circle of observation to include a broader perimeter, detectives consider a wider range of clue sources to examine. One NYPD captain tells the story of a fleeing suspect who fell to the pavement while racing across rooftops to avoid capture. Frick training prompted the officer to stop, take in the entire scene, and widen his search perimeter beyond just the site of impact; he located an automobile on which detectives found palm prints that aided in reconstructing and mapping the intended escape route. 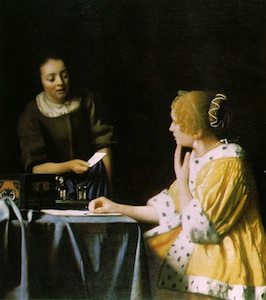 Now you try it! You will use one of the introductory paintings used by the NYPD: Johanne Vermeer’s “Mistress and Maid.” Grab a pad of paper and something to write with, then follow these steps, limiting yourself to just 15 minutes:

Search online for a suitable image by Googling “Johanne Vermeer Mistress and Maid.” The painting is a bit of a mystery. The Frick lists the painting by saying, “The subject of writing and receiving letters, which recurs frequently in Vermeer’s work, is given an exceptional sense of dramatic tension in this painting of two women arrested in some moment of mysterious crisis.”

You’ll find many images of the painting on Google Images. Select one you can view easily and clearly. (You can click on the image to the right to download a decent replica to save time.)

Scrutinize it. Working from the foreground to the background, describe in detail what you see. Refrain from interpreting or concluding. Your goal is to simply record all of the observable facts on paper. Hint: take good notes and write down everything you see.

Ask and answer the “who, what, where, when, how, and why” of the piece. Who are the people? What is their story? What are they doing and why? Where is the scene taking place?

Based on your description and inquiry, use your notes and answers to Step 3 to weave a story.

If you completed steps 2 and 3, I’m sorry to disappoint you, but your genchi genbutsu is incomplete, and thus unsatisfactory. At least that’s what the Frick instructors would tell you. There are enough facts in this painting (well over 50 details) to consume the entire 15 minutes.

The instructors at the Frick will give detectives 45 minutes just to document the facts, and they often list over 80 details.

In workshops I facilitate, I find that most people find it very difficult to refrain from drawing conclusions, choosing to move into Steps 2 and 3 after just a few minutes, and sometimes less than a minute!

This helps illustrate the natural inclination to leap to solutions, usually sloppy, rarely optimal, and nearly always inelegant ones at that.

Remember: Observe first…meticulously. Then, and only then, design a solution.

Go back to Step 2 and work until you have exhausted the facts. Then try your hand at the remaining steps.

My bet is you will come to a different conclusion, and perhaps a far more entertaining and engaging story, than you did the first time around.