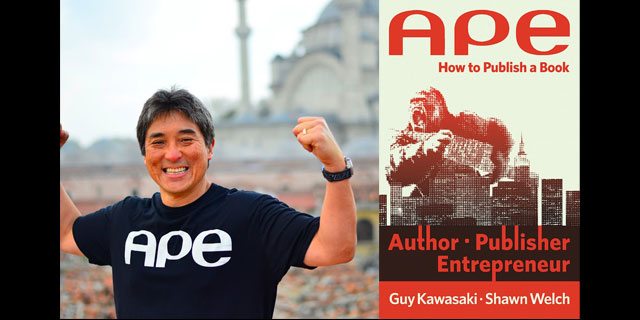 In what may be a shot heard around the publishing world, Guy Kawasaki has just self-published a new book, entitled APE: How to Publish a Book. APE is the acronym for the three roles anyone wishing to self-publish a book must play: Author, Publisher, and Entrepreneur.

In 2011, a large technology company wanted to buy five hundred copies of the ebook version of Guy’s New York Times bestselling book, Enchantment, to use for a promotion. Guy’s publisher, Penguin, referred the lead to Apple. Apple told the company to buy five hundred gift cards, scratch off the back, and then enter individual gift codes one at a time into iTunes. At that point, the company gave up on Apple and tried Amazon and Barnes & Noble. You cannot buy multiple copies of an e-book on either. An employee of the company ended up making five hundred individual credit-card purchases.

“This fried my brain,” writes Guy, as his opening line.

That failure, like the kind behind many startups, prompted Guy to explore the world of self-publishing, which Guy relabels “artisanal publishing.” (NOTE: you still cannot buy multiple ebooks, so self-publishing does not solve that problem.)

What makes APE compelling is that it is much more than a practical guide to artisanal publishing–it’s an insightful and inspiring guide to what Guy does best: he starts enchanting concepts. The beauty of the book is that it stands as proof of concept, in that it practices everything it preaches.

There are three major sections, one for each of the three roles.

I believe the “Author” section, which is ostensibly about the writing process, holds a deeper view. Authorship is critical to any product, not just books. Authorship plays a role in designing games, for instance. Guy navigates the domain of authorship from motivation to implementation, covering territory ranging from your core purpose in authoring something, to editing and copyediting, to tools and techniques you need for financing and launching it.

The “Publisher” section is an encyclopedic treatment of the myriad ways to produce the work you’ve authored. There are 14 chapters covering everything from editing to design to printing and distribution. Guy unlocks the black box of publishing, revealing the nuts and bolts of how any book can be produced, and filled with current, practical and actionable information and advice.

The third section of APE, that of “Entrepreneur,” I found to be the most valuable part of the book and the most applicable to any small business. As a four-time author of traditionally published business books, I can attest to the mistake most first-time or would-be authors make: expecting someone else to market your book (or business). As Guy rightly points out, no one can do that better than you. Luckily, social media makes building a public presence and “platform” more expedient, and Guy is a master of the social platform, with over 1 million Twitter followers and over 3 million Google+ circlers.

Everything in the Entrepreneur section section is directly applicable to anyone owning a small business, or thinking of starting one. Guy pulls some of his best material from Enchantment for APE, which in and of itself is reason enough to devour the book.

With its hundreds of links to valuable resources, APE stands out as a one-stop shop for how to take an idea from inception to a tangible product that succeeds in the marketplace.

More than the actually content of APE, thought, it’s the effect of that content that I find most compelling: I find myself completely rethinking my publishing options for my next book. And any book that can change minds that way is a keeper.

You can find APE as a Kindle book on Amazon here. 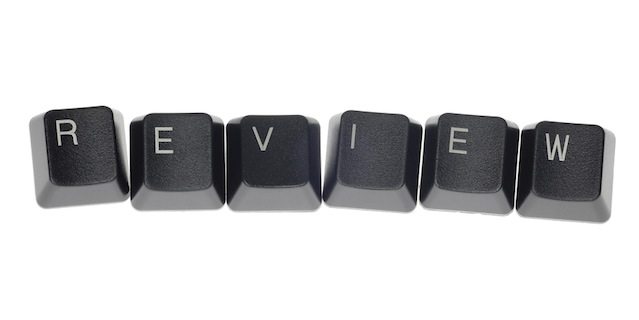 Happy To Be Panned 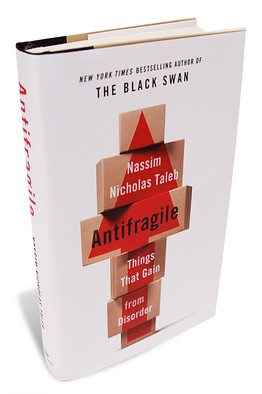 I have a new outlook on criticism, which I attribute to Nassim Nicholas Taleb and his amazing, must-read (thrice, if you’re like me) new book, Antifragile: Things That Gain from Disorder. As you can easily guess if you’re familiar with my writing, I look on the subtractive side of life: simplicity, elegance, emergent self-organization, and the power of what isn’t there. So naturally I would like this book. Plus, Nassim and I share an alma mater (we received our M.B.A.’s from Wharton).

One of the things authors and artists (who, incidentally, are indeed antifragile in the eyes of Nassim) must constantly live with is criticism. You pour your heart and soul into a piece of work, put it out to the universe in an effort to make the world a better place, and in a few hundred words a critic somewhere shreds it dust. It’s painful.

But that’s because we’re looking at it the wrong way. As a matter of fact, if everyone nods their head in agreement with what you write, you become inconsequential, a shoulder shrug, and your objective of positively impacting the world never gets realized. An idea is only worth something if it causes a change in attitude, thinking or behavior. And human beings do not like to do either, and we by nature resist it. So criticism is an indication of changing minds.

That’s why I’m happy, albeit in retrospect owing to my previously unenlightenedness, that London’s The Financial Times criticized The Laws of Subtraction in rather harsh terms. (You can read the review here, but know that they’ll ask you to register.)  The fact that they bothered to spend their energy in a critical review at all is rather heartening. And a funny thing happened: I got more comments and emails from people than from all the other positive reviews combined. An Amazon Hall of Fame reviewer went so far as to email me a message that had me rolling on the floor: “They are allergic to paradox. They confuse intellectual masturbation with critical analysis.”

It goes to Law of Subtraction #1: What Isn’t There Can Often Trump What Is. What wasn’t there in the review? Positive, glowing words of praise. And, sales spiked.

Nassim says it best in Antifragile:

Criticism, for a book, is a truthful, unfaked badge of attention, signaling that it is not boring; and boring is the only very bad thing for a book. Consider the Ayn Rand phenomenon: her books Atlas Shrugged and The Fountainhead have been read for more than half a century by millions of people, in spite of, or most likely thanks to, brutally nasty reviews and attempts to discredit her. The first-order information is the intensity: what matters is the effort the critic puts into trying to prevent others from reading the book, or, more generally in life, it is the effort in badmouthing someone that matters, not so much what is said. So if you really want people to read a book, tell them it is “overrated,” with a sense of outrage (and use the attribute “underrated” for the opposite effect).

In a recent Tweet, he summed it up Twitter-style: ANTIFRAGILE = to benefit from smear. As an independent owner of a small business, a writer of several books, and the recipient of noteworthy critique, I hereby declare myself antifragile. 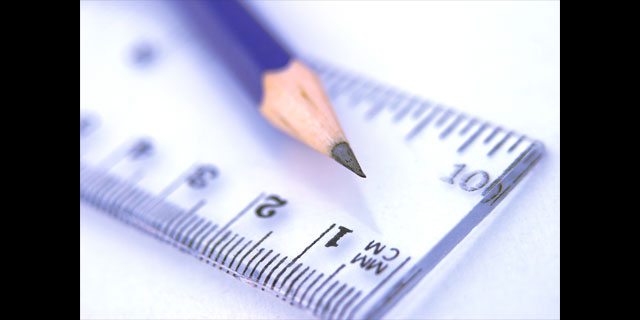 All I want for Christmas is a meaningful measurement. I’m tired of “technical specifications” that have no real world application. I’m fatigued by acronyms and jargon that I can only imagine have evil engineers and masochistic technical writers in dark rooms giggling with glee (mwah ha ha ha style) while rubbing their hands together as they conjure up the next little bit of consumer torture they’ll trounce out under the misnomer of information.

Why so irritable, you ask? I’m in the market for a new and larger television, one that will fit over my family room mantle. I know the length and height that would work. But can I find that in the list of 30-odd technical specs? Sure, down around number 28. Unbelievable. Note to television manufacturers: THE DIAGONAL MEASUREMENT OF THE SCREEN MEANS NOTHING TO ME!!

No human being takes out a tape measure and seeks first to measure the hypotenuse of a triangle. They measure base and height. Same goes for laptops. Note to laptop manufacturers (including the mighty Apple): THE DIAGONAL MEASUREMENT OF THE SCREEN MEANS NOTHING TO ME!!

I need to know if it will fit into the sleeve in my briefcase and backpack. Or on the folding tray of your average airline seat.

Guess who shoulders the burden of making those discoveries? Customers. Granted, in the case of laptops, a few luggage makers, like my favorite providers at Tumi, help me out with language such as “Fits screen size up to 15 inches.” Why should accessory makers be forced to do the translation?

As you go about your holiday shopping, take note of all the meaningless measurements and technical specifications associated with whatever purchase you’re considering. Ask yourself the root cause, and you’ll quickly conclude that product manufacturers really need to get out more and rub shoulders with people as they seek to fit a certain gizmo into their life. You’ll quickly conclude that the only possible reason for meaningless measurements is an engineer’s or technical writer’s utter ignorance, possible even disdain, for anyone other than another engineer or technical writer.

And you’ll also discover a huge opportunity for a disruptive business model.

So that’s my Crhistmas wish: someone please disrupt all the original equipment manufacturers in the world–cars, electronics, you name it. Someone please arrive at a meaningful set of measurements. I promise to sing your praises to anyone and everyone.

If this comes off as a screaming rant by a disgruntled consumer, then I’ve hit my mark. 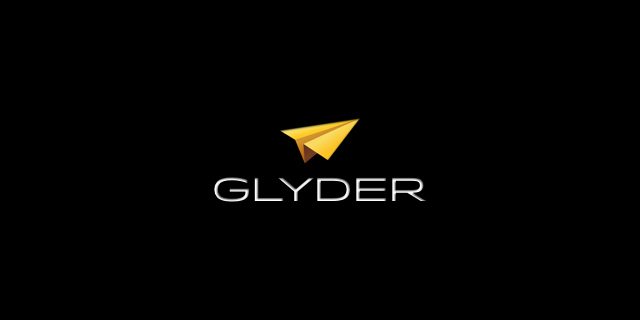 Glyder, a San Francisco-based startup, has just introduced its iPhone application for small business marketing. For the first time ever, small businesses can create and share effective marketing messages via Facebook, Twitter, Pinterest, Email, Text Message, MailChimp and Passbook, all from one easy to use iPhone app.

I was introduced to co-founder Glenn Allen by friend and fellow author, Soren Kaplan (Leapfrogging). Glenn co-founded OpenTable, and his Glyder partner is former Zynga mobile designer Alan Wells. I downloaded Glyder to my iPhone, and chatted with Glenn about his intentions.

“Very small businesses still struggle with the complexity of online marketing,” Glenn says, quite correctly.”They have to reach their customers on multiple platforms and are underserved by existing web-based tools. They don’t have the time required to figure out all the platforms or the money to hire an employee or consultant. Bottom line, it’s difficult and expensive. I want to make it easy and cheap.” 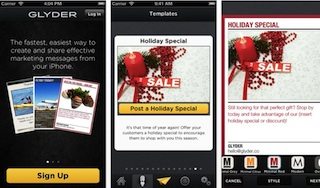 1. Effective content, ready to go with just a few edits

2. Professional visual design, to make your messages look great and get response

3. Easy one touch distribution to multiple platforms like email and social media