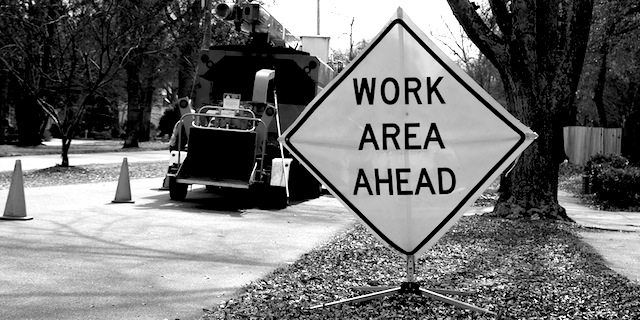 Last year, while writing The Laws of Subtraction, I posted a series of blogs under the banner of Artistry at Work. If you’ve read the book, you know that over 50 highly creative individuals contributed to it. As I received their thoughts and essays, I began thinking along a separate track, not entirely off-topic from the task at hand, but not exactly parallel either.

What hit me over the head thematically was that all these brilliant folks had, at very deep level, one thing in common: they viewed their work as something other than a job or career. They thought of it as art.

Now, they didn’t say that…that was my perception. I wrote down my thoughts as I wrote The Laws of Subtraction, knowing that if I didn’t, I’d lose them somewhere in my gray matter. And to make sure my thinking had some legitimacy, I synthesized them weekly, added some spit and polish, and posted them as blogs.

I think I got more engagement, or at least eyeballs, with those posts than most of my other work. Some universal chord must have been struck.

Recently, some friends and acquaintances have been sharing their struggles with their work. They seem to have lost the why behind the what, and it’s taking a toll on them. It’s got me thinking about artistry at work again. It’s the third time, actually, and I think the universe is sending me a message. Perfect timing, as I’m contemplating a new book.

Ideas about the notion of artistry at work had their first rumblings in my brain over a decade ago as I began working with the Toyota organization. My charge as a performance development consultant was to figure out how to bring the levels of employee engagement, continuous improvement and constant creativity found in Toyota factories and warehouses to the corporate environment.

That’s a strange charge, if you think about it.

You’d think it should be the other way around — helping assembly line workers to find the kind of satisfaction and success skilled professionals (supposedly) enjoy. I was astounded and humbled at what I discovered on the factory floor, and it shattered all of my previous assumptions and biases about work and creativity. (There’s no substitute for getting out into the field, out among the front line, for a strong dose of reality.)

Work as art is an admittedly romantic notion, which is probably why I sidelined it as a theme for so long. The danger, I think, is a tendency to abandon reality, which ironically is the source of the idea in the first place (reality, that is). Abandoning reality is a luxury no one can afford in today’s business environment. If you’re like most, you’re being pressed from all sides for more ideas, performance and commitment even as you’re searching for more meaning and mastery in your work.

I feel lucky to be a practitioner grounded in the daily rush of that working life, and cognizant of the real need for handrails to help guide creative exploration. Still, my perspective is based on what many would hold as unconventional views regarding creative excellence.

First of all, individuals create and innovate, companies don’t. We tend to give “the corporation” a life of its own and forget that, good or bad, we’re just talking about people. Almost every management book or article on creativity and innovation, though, touts how some company implemented this or that structure, system or program to foster innovation. (I did my best to rectify that in The Laws of Subtraction, highlighting human beings, not organizations.)

Second, we must honor all levels of work, for no occupation is intrinsically more important than another, contrary to prevailing social status. Protecting your inalienable rights as you drive your Lexus to the office is not only the Harvard-trained attorney, but also the Toyota factory line worker who, because he is empowered to do so and because he views his work as something much more than a mundane task, not only risked stopping the production process long enough to properly retighten a loose engine mount bolt, but also used his acumen to solve the deeper problem (of why it was loose in the first place) and suggest a creative, standardizable improvement, in turn preventing accidents and saving lives.

Third, and at the polar extreme of what those struggling with their work right now have revealed to me they are seriously considering, one needs not leave their current path for a new one in order to find creative expression through artistic work.

We all face daunting constraints in our professions the more deeply we are entrenched in them, and few of us have the luxury of choosing an altogether new direction in life. Instead, we must become better at managing that tension to help shape our current experience, keeping our radar tuned for every opportunity to infuse our work with our creative touch.

Long-term efforts to “romance the job” are far more sustainable, effective, and meaningful for most people. Borrowing liberally from the wisdom of Crosby, Stills & Nash, most of us are better off with a mindset of: “if you can’t be with the [work] you love, love the [work] you’re with.” Searching for some mythical “perfect job” can be a limiting strategy. This flies in the face of most advice we hear urging dramatic, earth-shattering change.

Finally, the world does not need another recipe based on the techniques of others. Using a “paint by numbers” kit gets you little more than a sterile imitation of someone else’s original masterpiece. Creativity involves originality, and there’s simply no escaping that fact.

What we all need, though, author included, is help in conducting the mindful discovery needed to leverage our creative spirit in a way that is relevant to our unique intellect and intent, and in a way that allows us to find the art in our current work.

Scholars and scientists call this approach heuristic (discovery-based) rather than algorithmic (formula-based). No one can teach us how to be more artistic in our individual work — stepped programs and simple prescriptions run counter to the very notion of messy, frustrating, complex creative struggle. But I believe we can learn to pursue creative excellence through guided exploration, the nature of which is more muse-like than formulaic.

Can I bridge the rational world of cool professionalism with the emotional world of artistic expression, and provide an inspirational investigation into the realm of personal and professional creativity, no matter your walk in life?

That remains to be seen. But I’m willing to give it a go. I intend to explore the notion here as regularly as I can, in full view of the world, before an audience. It’s the only way to gauge whether or not these thoughts have resonance. Who knows, maybe I’ll pilot an all-day creative workshop if the reaction is positive.

I encourage you to engage fully: respond, push back, take me to task, pick a fight, shout out loud yay or nay.

It’ll be a journey. Like any good journey, it is about discovery — it will raise as many questions as it answers, because you travel through unfamiliar and unclear territory, learning your way on the way. And like any memorable journey, the most powerful discoveries we make are those in which we learn something about ourselves.

I firmly believe that art is a valuable metaphor for the future of work. No matter what your job, when you think of yourself as an artist and your work as art, all sorts of good things begin to happen.

Let’s launch the expedition with a few of my favorite thoughts on artistry at work:

The work of a man is the explanation of the man. Paul Gauguin

We are not merely the executors of our work, we live our work. Pablo Picasso

Art is man’s expression of his joy in labor. William Morris

The artist who is to produce a work which is to be admired, not by his friends or his townspeople or his contemporaries, but by all men, and which is to be more beautiful to the eye in proportion to its culture, must disindividualize himself, and be a man of no party and no manner and no age, but one through whom the soul of all men circulates as the common air through his lungs. He must work in the spirit in which we conceive a prophet to speak, or an angel of the Lord to act; that is, he is not to speak his own words, or do his own works, or think his own thoughts, but he is to be an organ through which the universal mind acts. Ralph Waldo Emerson