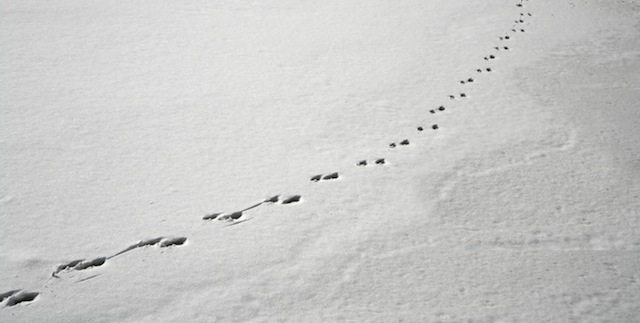 Charles Darwin was on to something. Business innovation has a lot in common with his theory of evolution, about the origin of species.

Allow me to unpack the parallels between Darwin’s theories and business innovation a bit. I see a few important touchpoints.

First, there’s Darwin’s notion that everything can be traced to a common ancestry. Business translation: every idea has elements of the past. Take Henry Ford’s famous assembly line, which revolutionized manufacturing. It was in reality one part continuous flow borrowed from mills and canning factories, one part standardized parts borrowed from machine tooling, and one part conveyor belts borrowed from meatpacking and brewing industries. Mix, stir, bake.

Third is Darwin’s survival of the fittest, which says failure to make small adaptations leads to extinction. It’s the difference between Blockbuster and Netflix. It’s why Adobe will no longer sell its Creative Suite as something you can own. The subscription model is what’s next. Hard media is all but extinct.

All of which is to say, there’s not much new under the sun. Most of the so-called revolutionary breakthroughs are in reality smaller ideas combined, synthesized, and adapted to a new application. It’s nearly impossible to find a big innovation that isn’t based on something else already in existence.

Let’s think about the lone genius for a minute. Leonardo Da Vinci was never at a loss for big, original ideas. Brilliant, ingenious ideas centuries before their time filled the pages of his legendary notebooks. And that’s where they remained. Until the innovators in another lifetime took them and shaped them into something actually workable.

History continues to repeat the lesson. It’s common knowledge that Apple didn’t dream up its graphic interface, Xerox did. But Steve Jobs pirated the idea and made it a commercially viable concept. Apple stuck with it, continued to perfect it, and produced world-changing solution.

Da Vinci-like ideas rarely if ever work as originally conceived. Are they valuable? Of course. The point is that without the evolutionary innovation that makes them useful, the gap between the idea and the application is so wide that people don’t get it, can’t see it. They resist it, so the invention remains a novel brainstorm, until you scale it back, scope it down, sculpting and honing it into something more manageable, acceptable, and useful.

Da Vinci-like ideas are few and far between. They have huge lead times. They have enormous carrying costs if you try to commercialize them right out of the gate. You absolutely need them to pepper the advance into new eras of industry. But for the mainstream business that seeks to achieve and sustain continuous success through steady progress, the real power of innovation lives in the more plentiful and more immediately actionable smaller ideas.

Many managers hold the view that evolutionary innovation is more trouble than it’s worth. They sell short the balanced portfolio power generated by a large and steady stream of smaller scale ideas in favor of the hunt for killer apps. That’s a mistake for the same reason you “don’t put all your eggs in one basket” by investing every dollar in a single stock, as economist James Tobin advised in his 1981 Nobel Award-winning thesis on portfolio selection and diversification. It leaves you at the mercy of the market with no hedge against the bet. It’s risky and foolhardy.

So why the disrespect? I can think of a few reasons.

First, there’s the tunnel vision focus on revenue growth, which is far more exciting than profit improvement. But let’s not forget some basic balance sheet gymnastics: you’d have to double your top line to equal the impact on the bottom line of small process improvements that save 10% of your overall costs. And that’s not even including the huge investment you’d have to make up front to design, develop and test a new product or service that will grow revenue 100%. Meanwhile, it’s the innovations aimed at the bottom line that yield the very profits that fund investment in new products and services.

Then there’s business history. “Continuous improvement” happened to be one of a flurry of quality efforts in the mid 90s, which all flamed out for the same reason: the silver bullet syndrome. Aka, magic pills for business ills.

Different labels–total quality management, lean thinking, reengineering–were trounced out as the new program, and neither embraced as a serious discipline nor internalized. Consequently, there was no deep learning, and no new capability built. Managers wanted excellence, but didn’t want to put the hard work in. They wanted cheap, quick hits to show results. It was a reactionary stance focused on compliance and correction, on fixing defects, not a search for the ideal or optimal way to do something.

There was wholesale failure at building the necessary critical mass of more proactive and forward looking individual and team projects. Managers viewed continuous improvement as something separate from innovation, and when the low-hanging fruit was picked clean, and the painstaking work of instilling a true system-wide routine for finding and solving tougher problems began, they went searching for a new silver bullet.

Finally, there’s the issue of business literature. All too often, innovation as a topic is about the great successes, not the many foibles and failures, and covered either as a groundbreaking event of rare genius, or a fortunate accident. Few researchers or authors want to report on the often boring and always painful process behind the breakthrough. The stories are all about the master stroke, the final outcome and the strategic implications.

Result: we’re still fairly clueless on the rigors and rewards of evolutionary innovation.

It must be the creative core to the daily work of everyone in the organization, not a sideline event or activity. It must be about progress. It must be universally understood to be the path to a future everyone has a stake in. Everyone involved has to own it.

That kind of discipline requires a fundamental mindshift. That’s what makes it so very, very hard. There is no easy way. Most of us will count ourselves lucky if we get the chance to understand and practice innovation as a discipline, a way of life. Because it happens only over time and through experience. You have to do it over and over again to get it.

Innovation isn’t something to take time out from your daily work to participate in, it is the work. Or should be, anyway.

Evolutionary innovation–smaller ideas experimented with daily–builds the capability needed to achieve a cross-company culture of innovation. There’s no real downside to growing a strong portfolio of small ideas. Dealing in smaller currency lets you experiment more, get results quicker, and learn faster, without fretting over risk and exposure.

The more ideas you test, the more patterns and possibilities emerge. Which in turn gives you more opportunities to combine and multiply ideas into bigger ones. The multiplier effect of compounding ideas is enormous. And when the big idea hits, which it will when the time is right, it’ll be your evolutionary innovation chops that will sustain your competitive advantage and protect you from fast followers.

How? Easy. Your portfolio will remain secret sauce, because routine ground singles don’t catch the eye of scholars, competitors or the media like homeruns do. And by the time your competition catches on, you’re on to something else.

Those who fail to evolutionary innovation are destined to be the eternal followers. Either that, or eternally outsource their innovation. That’s okay for some, even many. But refuse to adapt, and the near future may include the auction block. Adaptation is all about evolution through incremental progress.

And lest you think you’ll run out of things to improve or an irrational fear of diminishing returns kicks in, rest easy. Because the world keeps changing.

There’s no more logical way to consistently achieve breakthroughs than through a discipline of increments.

So think “Darwin,” and remember: it’s the relentless pursuit of something better that drives all successful innovation.