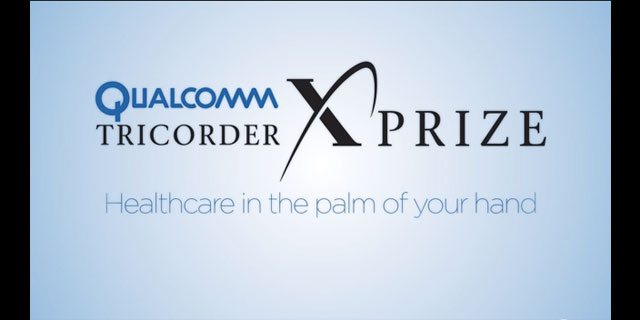 I could have used one last year, when I found myself on a tennis court unable to catch my breath, I got lucky: the head of cardiology at the nearest hospital happened to be on the premises. My partner ran to get him, and 45 minutes later I had two 10mm titanium stents implanted in my left descending artery (aka “the widow maker”) which had been 98% blocked. Had he not been around, I would have chalked it up to too much caffeine, gone home and laid down, not knowing for sure what was up…the thing from which I would have ever gotten…up.

Well, the handheld tricorder may soon be a reality, a century ahead of fiction writers’ imaginations. It may even be on your smartphone.

XPRIZE has announced the 34 registered teams competing for the Qualcomm Tricorder XPRIZE, a 3.5-year global competition sponsored by the Qualcomm Foundation that will award $10 million to teams that develop a mobile device capable of diagnosing and interpreting a set of 15 conditions and capturing vital health metrics, independently of a health care worker or facility, and in a way that provides a compelling consumer experience.

Each team is developing a mobile device under the following constraints:

“The winner(s) of the $10M Qualcomm Tricorder X PRIZE will be the best‐performing solution in its ability to assess a set of 15 distinct conditions and five (5) vital signs in a pool of people within three days, while providing a strong consumer experience in the areas of usability, understandability, engaging and desirable presentation of information, and ability of the solution to willingly invoke action on the part of the user.

In addition, the winning solutions must:

Here’s the thought behind the competition:

The core conditions the device must assess in order for a team to be a finalist include anemia, lower urinary tract infection, type 2 diabetes, atrial fibrillation, stroke, obstructive sleep apnea, tuberculosis, chronic obstructive pulmonary disease, pneumonia, ear infection, hepatitis A, and, of course, the absence of conditions.

If you do the math, the finalist will have met a total of 21 conditions, or constraints. (Law of Subtraction #4: Creativity Thrives Under Intelligent Constraints!)

The Foundation expects to whittle down the field to 10 teams during the April 2014 qualifying round after reviewing detailed documentation and a status update of each team’s proposed technology. The finalists will then build their proposed gadgets and test them on people throughout the winter and spring of 2015.

A group of judges and a consumer-testing panel will choose the first, second and third-place winners based on how well the devices function and how easy they are to use. The grand prize is worth $7 million, with the runner up taking home $2 million and the second runner up getting $1 million.

To emphasize the importance of consumer use and adoption, only the five highest scoring teams from the consumer experience evaluation will be eligible to win. Organizers say they will re-evaluate the competition if no one makes the grade in the final round.

Throughout the competition, the U.S. Food and Drug Administration (FDA) will offer regulatory input to teams, also helping them prepare for potential FDA review post-competition. The XPRIZE winner could be eligible for the FDA Innovation Pathway program, which the agency set up in February 2011 to serve as a priority review program for breakthrough medical devices.

One team, California-based Scanadu, has a headstart: their Scout device is in final prototyping. To use the Scout, you simply raise the handheld device to your temple, and wait 10 seconds for it to scan your vital signs, including temperature, ECG, SPO2, heart rate, breathing rate, and pulse transit time, which helps measure blood pressure. Scanadu co-founder and XPrize team leader Walter De Brouwer, a Belgian futurist and entrepreneur who first prototyped a backpack-sized tricorder-like device in the late 1990s, believes that the Scout allow you to explore all the diagnostic possibilities of an emergency room. 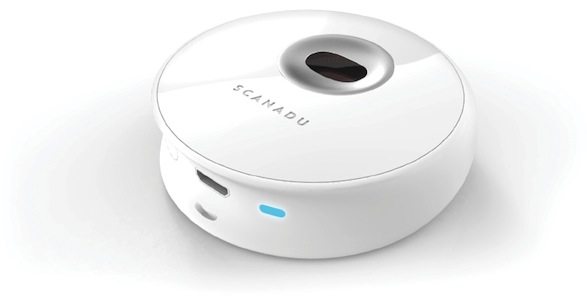 The Scout is incredibly easy to use: it connects via bluetooth to your smartphone, and the free smartphone app records all readings taken so you can see when something looks out of the ordinary. (This would have been perfect for my situation!) The app has an intuitive color rating system…for example, my out-of-control breathing rate might have shown red. Scanadu is also working on an “economical system” that lets users send data to their doctors.

Sound elegant? Here’s the really nice thing: it will sell for $150.

The 33 other teams better get jiggywiddit!