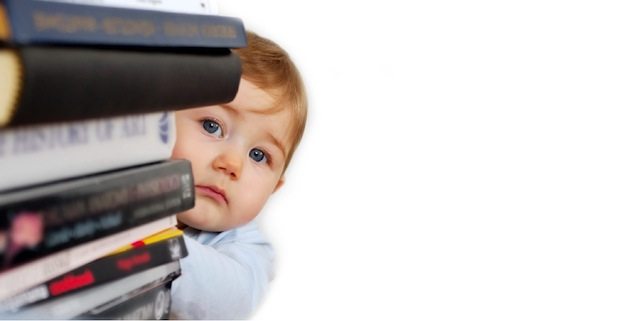 One of my favorite insights comes from Harvard’s David Garvin: “Learning will always remain something of an art, but even the best artists can improve their technique.”

I like it because it quite subtly highlights two different yet intertwined activities, learning and training.

The difference between learning and training is often subtle, but worth exploring. The challenge is, where to start?

Learning precedes innovation. Innovation is about problem-solving. Problem-solving requires thinking. Thinking is the softest skill known, so how do you train it?

Enter the infamous Ohno Circle, named for legendary Toyota production engineer Taiichi Ohno. While I never met him (he passed away just under a decade before I began working with big T), I became a student of his methods, one of which is highly relevant to this discussion.

Taiichi Ohno was all about pursuing the right questions rather than securing the right answers. What drove his approach was not a need to know. It was a need to inquire. To understand. That’s a fundamental departure from how most people (and companies) define learning. He did not confuse training with learning.

But his masterfully wove them together. He knew that the ability to think critically is probably best handed down from mentor to disciple, because it’s something so difficult to make explicit in a traditional classroom.

Many people have heard the legend of The Ohno Circle, but misunderstand the lesson to be about the power of observation. While observation is undoubtedly invaluable, the message runs much deeper.

The story is best told through the words of someone who knew the man. In a message to the World Class Manufacturing Forum in May, 2002, Toyota Senior Managing Director Teriyuki Minoura spoke of his experience with Mr. Ohno and the Ohno Circle.

“When I reflect on what Mr. Ohno taught us, one thing that stands out to me is that he taught us how to think. He taught us to think deeply. When I think about this, I think that perhaps the ‘T’ in TPS should stand not only for Toyota, but also for ‘Thinking.’ The ‘Thinking Production System.’

Now I would like to relate a story of Mr. Ohno’s teaching on thinking. Mr. Ohno often would draw a circle on the floor in the middle of a bottleneck area, and he would make us stand in that circle all day long and watch the process. He wanted us to watch and ask ‘why?’ over and over. You may have heard about the five ‘why’s’ in TPS. Mr. Ohno felt that if we stood in that circle, watching and asking ‘why?’, better ideas would come to us. He realized that new thoughts and new technologies do not come out of the blue, they come from a true understanding of the process.

In my case, I thought it was strange when he asked me to go into the circle. But what could I say? I was a freshman and he was the big boss and a member of the board of directors! So I went into the circle and began to watch the process. During the first hour, I began to understand the process. After two hours, I began to see the problems. After the third and fourth hours, I was starting to ask ‘why?’ Finally, I found the root cause and started to think about countermeasures.

The story reminds us of the old Chinese proverb: What I hear, I forget. What I see, I remember. What I do, I understand.

The Art of Learning

The New York Police Department employs a modern day version of The Ohno Circle, in a training capacity…less about the softer skill of thinking, and more focused on the harder skill of observing…but a worthy effort in the pursuit of learnership.

If you wander into New York’s Frick Collection on East Seventieth Street on a Monday, when the art museum is closed, you may be surprised to find a group of newly-minted detectives encircling a work of art. They’re not there to appreciate the art, and they’re not taking a course on catching art thieves.

In a new-school Ohno Circle sort of way, they’re there to improve their detecting technique by participating in a program developed by a former educational director for the Frick.

The officers are challenged to arrive at the who, what, where, why, and when of the painting before them–the art of Vermeer, or El Greco, or Hogarth–all quite visually ambiguous in form and substance, and extremely difficult to “analyze.”

The officers learn to scan and analyze an entire canvas quickly but thoroughly. The process is one first of observation and description, moving from foreground to background, followed by analysis and conclusion.

NYPD believes that xxpanding the circle of observation this way can help in analyzing a crime scene. For example, in one case a fleeing suspect fell to the pavement while racing across rooftops to avoid capture. Frick training prompted the officer to stop, take in the entire scene, and widen his search perimeter beyond just the site of impact; he located an automobile on which detectives found palm prints that aided in reconstructing and mapping the intended escape route.

The connection between art, learning, training, thinking, and the circle of observation is as apparent to me as the sun in the sky. David Garvin had it right: learning is indeed an art, but every art requires technique, and every artist seeks to improve his technique.

What will you do today to improve yours?