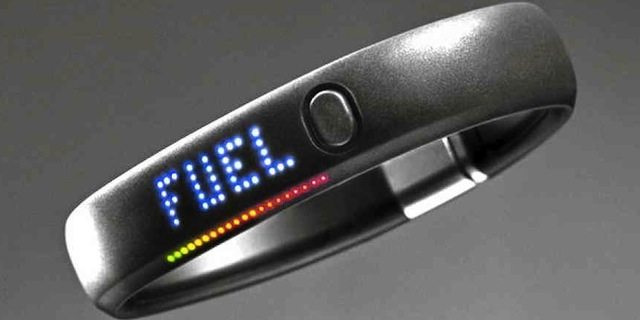 One of my Christmas presents was a Nike+ Fuel Band. After living with it for three weeks, I have a two-word review: Love it.

The Nike+ Fuel Band is, quite simply, elegant. In both form and function. It’s at once surprisingly effective and surprisingly simple.

It appears Nike went to school on Apple, from many respects, from packaging to styling to performance. Take the packaging, for example. It’s as clean and simple as anything from Apple. Take a look. 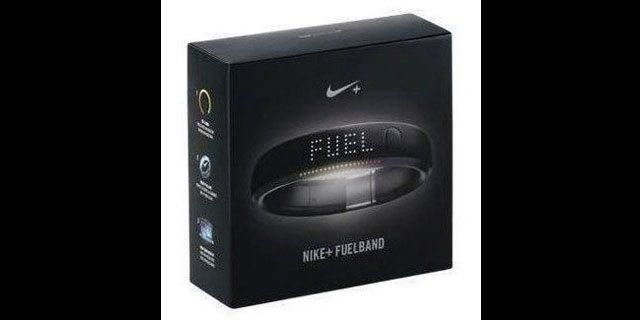 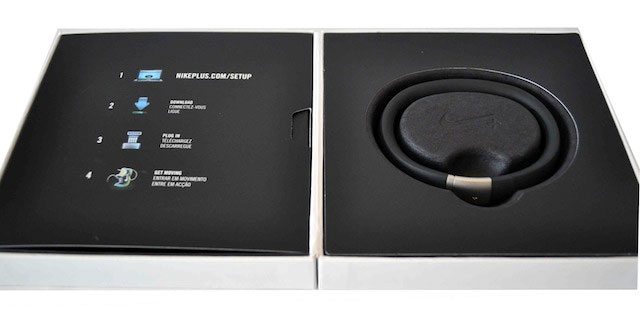 Now, maybe Apple has some sway in that, I don’t know, but the packaging stands out for it’s simplicity among the competing products (of which there are three). Perhaps retail “slotting” is going on, but in the Apple store near my home, the Nike+ Fuel Band has three fully stocked shelves at eye level. Competitors have less stock and poorer shelf positioning.

Out of the box, the Fuel Band sets up as easily as any Apple product: you connect to Nike’s site, download the Nike Fuel app, enter your profile information, press the single button on the band, sync up, and you’re ready to rock and roll.

The goal of the Fuel Band is simple: increase your personal activity level. Through its accelerometer and pedometer it measures something called Nike Fuel Points, along with calories and steps (the app converts steps to miles), and there’s a built-in clock.

At first, it may seem like Fuel points are meaningless. What the heck is a Nike Fuel Point? What is it worth? What does it compare to? But those are the wrong questions to ask.

Nike has brilliantly turned personal activity into a game, aka fun competition. A Nike Fuel Point is like any other point in any other game! You can compete against yourself, by setting one of three daily goals: 2000, 3000, or 4000. You can also compete with your friends via the built social sharing function in the Nike Fuel app.

Aside from the gamification aspect, the Nike+ Fuel Band acts as a very effective personal trainer or coach, in the sense that your commitment to your goal is enhanced. Now, I don’t have a personal trainer, but for several months I went to a nutritionist on a weekly basis. There’s an accountability factor to that: you don’t want to disappoint your coach, your interim performance is going to be evaluated, so you’re more likely to stick to the plan to reach the goal you’ve set.

That’s what the Fuel Band does, and does effectively. I found myself looking for opportunities to meet my 3000-point daily goal. Days that I could have easily relaxed and read books all day became far more active. It eliminated the silly habit I, and most of us, have of driving around parking lots for the spot nearest the store entrance–no man’s land is fine: more points.

I was far more likely to experiment with different activities on the same day. Here’s my activity on a day I decided to go for a 90-minute mountain bike ride, followed by a 90-minute tennis hit with a friend. 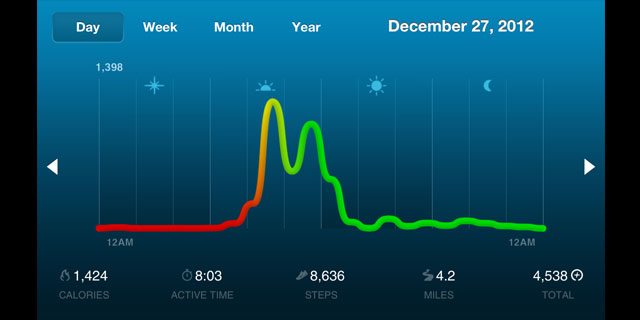 Here’s a day of travel: I was asked to give a talk to Microsoft–I flew up and back the same day. It was a long day, I had no chance to ride, run, or play tennis, obviously. I wasn’t happy about not reaching my daily goal. 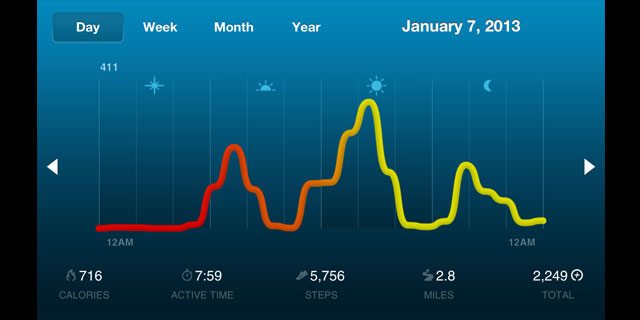 The feedback and motivation factors are simple, fun, and effective as personal attaboys. A little animated Nike alien (which reinforces the gamification aspects) congratulates on a number of milestones, when you hit them. Here are some stillshots: 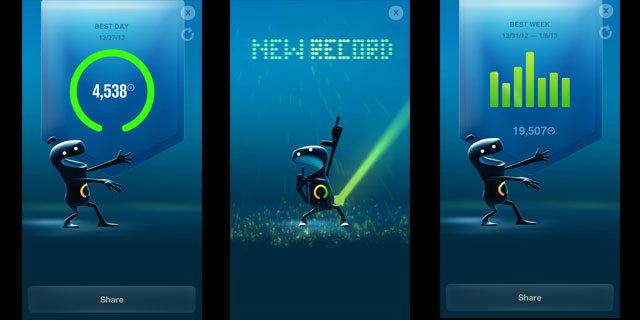 I’ve gotten to the point where I really only look at my points–I don’t care about calories, steps, miles, etc.–for a couple reasons. Most importantly, the meaning I attach to a Fuel Point trumps those things. Second, Nike’s algorithm for calories, steps (and thus miles is off), unless you’re running. I use Garmin computers and heart rate monitors for both cycling and trail running, and they are far more accurate. The error is on the conservative side. In other words, Nike Fuel Band underreports your calorie burn.

That could actually be a good thing for a lot people, especially those thinking in terms of Kit Kat bar allowance. If Nike Fuel Band says you burned 500 calories, know that it’s more like 700+. SO you can have another Kit Kat.

Maybe instead of calories, the Nike Fuel Band should measure Kit Kat bars. Cut out the conversion and translation!