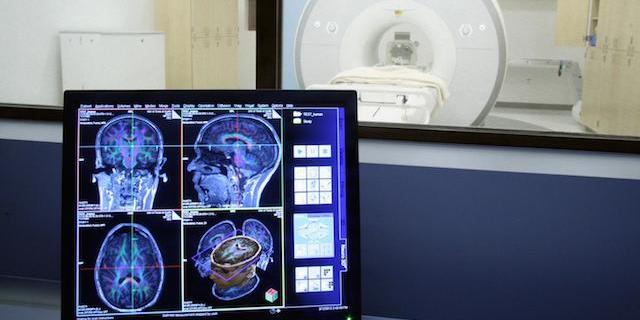 Neuroscientists have known for years that it’s the quiet mind that produces the creative insight, and that we can’t speed up that process other than by essentially doing nothing, at least with respective to the problem at hand. We need to remove ourselves and engage in some rest and relaxation, or at minimum some rote activities that don’t demand deep thinking.

This is the science behind law of subtraction #6: Doing something isn’t always better than doing nothing.

I’m always scanning the science journals for new discoveries that support this, my favorite law of subtraction.

A new study out this month from researchers at The University of Texas at Austin, which may have implications for approaches to education, finds that when people allow their minds to rest and reflect on things they’ve learned recently may boost future learning.

So this is a subtle twist, but entirely consistent with previous studies: the right kind of mental rest reinforces and consolidates memories from recent learning tasks, strengthens future learning. (The results appear online this week in the journal Proceedings of the National Academy of Sciences.)

Margaret Schlichting, a graduate student researcher, and Alison Preston, an associate professor of psychology and neuroscience, gave participants in the study two learning tasks in which they were asked to memorize different series of associated photo pairs. Between the tasks, participants rested and could think about anything they chose, but brain scans found that the ones who used that time to reflect on what they had learned earlier in the day fared better on tests pertaining to what they learned later, especially where small threads of information between the two tasks overlapped. Participants seemed to be making connections that helped them absorb information later on, even if it was only loosely related to something they learned before.

“We’ve shown for the first time that how the brain processes information during rest can improve future learning,” says Preston. “We think replaying memories during rest makes those earlier memories stronger, not just impacting the original content, but impacting the memories to come.”

Until now, many scientists assumed that prior memories are more likely to interfere with new learning. This new study shows that at least in some situations, the opposite is true.

“Nothing happens in isolation,” says Preston. “When you are learning something new, you bring to mind all of the things you know that are related to that new information. In doing so, you embed the new information into your existing knowledge.”

Preston described how this new understanding might help teachers design more effective ways of teaching. Imagine a college professor is teaching students about how neurons communicate in the human brain, a process that shares some common features with an electric power grid. The professor might first cue the students to remember things they learned in a high school physics class about how electricity is conducted by wires.

“A professor might first get them thinking about the properties of electricity,” says Preston. “Not necessarily in lecture form, but by asking questions to get students to recall what they already know. Then, the professor might begin the lecture on neuronal communication. By prompting them beforehand, the professor might help them reactivate relevant knowledge and make the new material more digestible for them.”

For nearly a decade, I’ve been practicing active reflection, or as the Japanese call it (and teach it from an early age), hansei. I have a simple daily hansei regimen has definitely yielded some surprises, in the form of both good and not-so-good ideas.

Make time. Try to set aside at least 15 minutes per day to begin with. But don’t be limited either way…if you only have 5 minutes, use it. If you’re on a roll, don’t stop.

Review experience. I use the Army After Action Review technique of answering three simple questions as they relate to my day: What was supposed to happen? (What did you think would happen?) What actually happened? What accounts for any differences or gaps between what you thought or expected to happen and what actually happened?

Spot trends. As time progresses (and after you’ve done this for a while), note any recurring themes, and write down any potential connections among seemingly unconnected things.

Riff and project. Think of a few “what if” ideas that come to mind based on the first three steps. Jot down opportunities to test out those new ideas. Take your “what ifs” and turn them into “if-then” hypotheses: what do you think will happen if you do (X)? Make some quick notes—to do’s, not-to-do’s, etc.—that will initiate your thoughts and provide some preliminary direction.

The hardest part, of course, is step one. It helps if you don’t view reflection as a chore or strict linear writing exercise, but as a way to relax with purpose, and strengthen your learning muscles!

« How Mighty Is Your Midsized Company?
HOOKED: Nir Eyal on Habit-Forming Products »