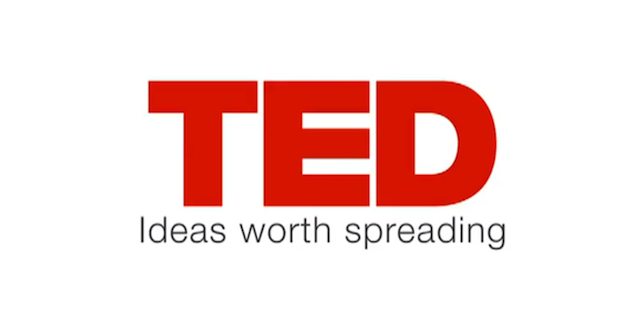 This year marks the 30th anniversary of the TED (Technology, Entertainment, Design) Conference, known for its 18-minute presentation format. In those 30 years, TED has become the ultimate forum for today’s top thinkers and doers to share innovative “ideas worth spreading.” By all measures, TED talks are inspiring, creative, informative, entertaining and, judging by the numbers, wildly addictive.

Created in 1984, the inflection point happened in 2006 when TED began posting its talks online for free. TED talks are now viewed more than 2 million times a day.

For his latest book, Talk Like TED: The 9 Public Speaking Secrets of the World’s Top Minds, Carmine Gallo, a communications expert and bestselling author of The Presentation Secrets of Steve Jobs, studied more than 500 TED presentations, categorized the content, spoke directly to many of the most popular TED speakers, then supplemented his findings with research from the world’s leading neuroscientists in the field of persuasion and communication. The result? A comprehensive guide for anyone who wants to speak with impact.

I had the opportunity to meet with Carmine recently to ask him a few questions about his new book and how someone can improve their public speaking skills.

Why go to all the trouble of writing book? Why not just give a TED Talk on TED Talks?

I wish I’d thought of that! It would have saved me more than one year of research. Seriously, as much as I love the 18-minute limit that all TED talks must follow, I needed much more space to explore the specific examples and techniques I use to support the secrets I reveal in the book.

That said, most people will never give a TED talk, but everyone who gives a presentation can learn valuable skills from the world’s brilliant innovators and thinkers who give sensational presentations on the TED stage.

I know the answer to this, but for the benefit of the audience, where did the 18-minute limit come from?

TED organizers figured out that 18 minutes is the ideal of length of time to share an idea. It’s long enough to be serious and short enough to keep the audience’s attention. Turns out that science backs this up. Researchers have discovered that audiences go through what’s called “cognitive backlog”—a moment when they’ve been asked to absorb so much information, they forget everything. In other words, the more content you deliver, the tougher it is on your audience to take it all in. Eighteen minutes is the right length for a pitch or presentation.

I’ve been invited to talk at a TED event. What are the top handful of things I need to keep in mind as I prep my presentation?

Don’t be afraid to express your passionate connection to a topic. Tell more stories: “Stories are data with a soul,” according to TED speaker Brene Brown. Use humor, but sparingly. Practice your presentation as much as possible—some TED speakers told me they rehearsed 200 times. Don’t ever show a slide with nothing but bullet points … use pictures instead. Use body language to both focus the audience on you as well as accentuate your most important points. Finally, be true to your authentic self—don’t try to be someone you’re not.

What do all the most popular TED talks have in common?

They always start with personal stories. For example, Bryan Stevenson, a civil rights attorney, told three personal stories in his talk and received the longest standing ovation in TED history. I analyzed his content and found that stories made up 65 percent of his presentation, while data and statistics made up only 10 percent (most average speakers have it the other way around).

As it turns out, Stevenson is on to something. Researchers at Princeton University are finding that when someone tells another person a story, the same regions of their brains are engaged—the same areas “light up.” Researchers call it “brain to brain coupling.” I call it a mind meld! Stories inform, illuminate and inspire. Tell more of them.

I want that kind of a standing ovation. What else do I need to do?

Above all else, be passionate. The most successful speakers at TED are those who are abundantly passionate not just about their idea but about how that idea will change the world and improve lives.

Passion is contagious, literally. For example, researchers studying angel investors have found that passion makes a difference in whether or not an investor decided to back an entrepreneur. In one study, investors were asked to base their judgment of an entrepreneur’s potential on 13 criteria. The strength of the opportunity came in first—investors wants to make money, of course. But “passion” came in near the top of the list, well above such criteria as an entrepreneur’s education, startup experience, etc.

You cite Aristotle in the book. What relevance can 2,500-year-old philosophy have on a modern day presentation?

Aristotle is the man! He’s the father of rhetoric and persuasion. Thousands of years ago, he said persuasion only occurs when “pathos” is present—stories and emotional connection. Most business professionals forget that simple rule. As I mentioned, the most viral TED presentations are heavy on stories. Data supports the argument, but stories are prominent.

What are the most “deadly sins” of speaking?

There are actually seven of them:

Sin #1: Failing to tell stories and making an emotional connection with the audience

Sin #2: Using bullet points instead of pictures on slides

Sin #3: Putting your audience to sleep because you insist on talking too long (18 minutes is ideal)

Sin #4: Thinking about your slides as an afterthought

Sin #5: Reading from your slides instead of making eye contact with the audience

You have ideas that were meant to be heard, but if you can’t communicate your ideas persuasively, it doesn’t matter.