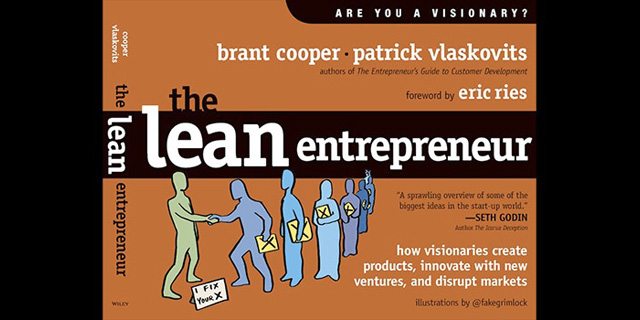 Brant Cooper and Patrick Vlaskovits had three goals in mind when they set out to publish The Lean Entrepreneur: How to Create Products, Innovate with New Ventures, and Disrupt Markets.

The first was to describe why our economy is primed for a new wave of entrepreneurship using new methods of disruptive innovation. The second was to provide real-world examples of how entrepreneurs are creating new markets and disrupting others. The third was to show you how anyone interested in starting a new business or launching a new idea can get started creating value.

They accomplished all three quite well, but I found the most valuable part of the book to be the sixth chapter, which outlines several ways to conduct the kind of scrappy experiments you must run to determine whether an idea has any real chance of becoming something innovative and commercially viable.

I’m constantly amazed at how often I see people confusing an idea with an innovation. The difference becomes quite clear once you’ve run a few experiments with some element of the idea.

But there’s the rub: Most people struggle to understand what they must do when it comes to testing an idea. In fact, they struggle with the idea of trying to fail early in order to succeed later. Instead, they assume their idea is a good one (it usually isn’t), craft a business plan (which holds little relevance in today’s disruptive environment), run some numbers (mostly fantasy resting on a leap of faith assumption) and seek investment capital to run with it. They confuse asking potential customers what they may like about the idea, or what they might do in the future, with what they will actually do.

Months down the road, when that great idea fails miserably, they scratch their head and wonder why it didn’t work.

The Lean Entrepreneur, which takes its cues from the work of Eric Ries (The Lean Startup) and Steven Blank (The Four Steps to the Epiphany) and synthesizes it into a tactical playbook, goes a long way toward preventing all that pain and waste.

Here are three great ways to quickly test your idea before you sink any real resources into it:

1. Landing Page. The authors suggest that “you put up a basic one-page website comprised of your messaging and a call to action, drive traffic to the page, and measure clicks on the call to action.” This allows you to test three crucial variables: your customer acquisition method; the quality of your messaging, positioning and design; and, perhaps most importantly, how attractive your value proposition really is.

Example: AppFog is a platform-as-a-service (PaaS) that allows Web and mobile app developers to deploy, scale and run their apps in the cloud as easily as installing an iPhone app. It started with a landing page test that generated 800 email addresses in one day. But the founder, Lucas Carlson, wanted to weed out the sayers from the doers, so he created a burdensome survey. The overwhelming 50 percent response was enough to propel him to the next stage of development.

2. Concierge Test. This is testing by doing. Like the authors, I’m constantly bombarded with online multi-sided marketplace ideas, aka “grand plans to build an online platform that brings together two or more parties who aren’t readily accessible to each other.”

In a Concierge Test, you manually perform tasks related to your service, tasks that will eventually be automated, and actually derive revenue from them. If you think about it, this is the Holy Grail of tests … getting people to part with their money is, after all, the ultimate goal of a business.

Example: TakeLessons began as Click for Lessons, a lead-generation site for musicians wishing to teach in order to make money while they waited for their big break. Co-founders Steve Cox and Chris Waldron recruited 30 instructors by hand, got them to sign agreements, and then matched them by hand to actual students. To find students, the pair hacked together a call center and published an 800 number, and for half a day took calls from possible students and for the other half of the day recruited teachers.

3. Wizard of Oz Test. Like the Concierge test, the Wizard of Oz test requires virtually no actual product development. As the authors write: “It could also be called the Hamster Power Generator test, similar to the cartoons in which you discover hamsters on exercise wheels are powering the car engine. Basically, you provide a front end for your product where someone can buy, yet you fulfill the product’s purpose manually.”

Example: If you visit Zappos, you’ll see the early company history in the lobby. Nick Swinmurn reserved the domain name Shoesite, walked down to the local shoe store, took pictures of their shoes, and posted them on the site. It wasn’t long before he was generating thousands of dollars in orders, without building any kind of inventory system. The point was not to make money, but to test market risk of the central idea (selling shoes on the Internet).

I strongly recommend that anyone with a business idea pick up and devour The Lean Entrepreneur. Focus on “Chapter 6: Viability Experiments” and “Chapter 3: Wading in the Value Stream.” Run the experiments that are applicable to your idea. Come up with the behaviors that will signal where potential customers are on the value stream continuum, from becoming aware of your idea, through to becoming passionate about it.

As Thomas Edison once said, “The real measure of success is the number of experiments that can be crowded into 24 hours.”

And 24 hours is quickly becoming the average lifetime of an idea. 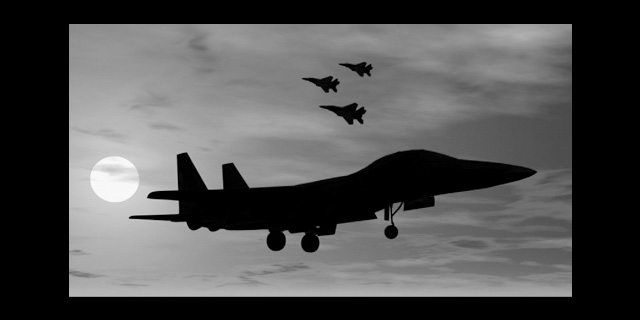 Mind Of The Warrior…Got OODA?

This past Memorial Day got me reflecting on the warriors I’ve known–some fallen, many still alive and well–not just soldiers fighting on foreign soil, but also those protecting our home turf.

I teach a one-day innovation course twice a year at the California Command College, an advanced continuing education series for future police chiefs. My position evolved out of one of the funnest engagements I’ve ever had: the nearly three years I worked with the Los Angeles Police Department, under former Chief William Bratton. I prize the cufflinks he gave me that carry the gold shield.

Through the engagement, an effort focused on continuous innovation, I got an inside look at the many different facets of police work, from jail operations to undercover detecting to the hazardous duty of the bomb squad. I went on ride alongs both on the ground and in the air. It was fun, enlightening, and memorable.

One of my most memorable experiences was learning to handle a firearm at the Los Angeles Police Academy. I never fired a real gun, only those used in the training, which was by simulation: real guns modified to work electronically with what amounts to video gaming. Firearm simulation is a lot like flight simulation.

When I say video gaming, what I mean is this: Once you’ve learned proper firearm technique, you’re put in a dark room in front of a large video screen. The instructors drop you into ambiguous situations of conflict, confrontational situations in which it’s easy to either lose your life or take another’s.

The video scenario uses real people, real footage, and is shot from your perspective, so you’re “in” the situation.

Example: You’ve pulled over a weaving car. The driver, an extremely large and unruly male, gets out quickly and comes straight at you, waving one arm and pulling something out of their waistband with the other. Policy calls for you to draw your weapon and issue a “Halt!” order. They keep coming at you, ignoring your order. It’s easily a kill or be killed situation.

What do you do? If you’re like me, you do both–kill and be killed–multiple times while the instructors roll on the floor, aching from belly laughs.

They have so many uncertain situations and so many training variations it’s impossible to detect patterns. You have no choice but to train your mind and hone your reflexes to achieve a single goal: shrink your decision time.

Although LAPD calls it something else, what they were in effect teaching me are called OODA loops.

Devised by late Air Force fighter pilot and military strategist Colonel John Boyd, OODA loops describe how a fighter pilot must direct attention in order to defeat his adversary in a dogfight: cycle through the four stages quicker than he does.

While presented as a linear sequence, OODA loops are anything but. For example, if, in the case of firearm training, a cop gets enough real-world experience on the street, he can move from “Orient” to “Act,” bypassing decide, or deciding so quickly it can’t be considered a conscious judgment.

Still, everything hinges on the “Observe” and “Orient” steps. Here’s how Boyd depicted an OODA loop. 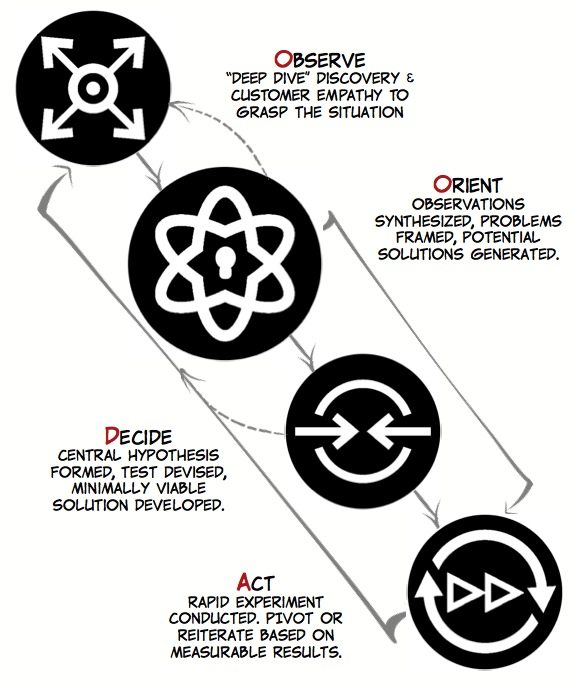 When it comes to innovation strategy in business, OODA loops are an effective launch tactic: Combined with the lean mindset of banishing waste and applied in efforts to develop and launch innovative new ideas, lean OODA loops can wreak a devastating and disruptive effect on markets and competitors.

Observe is focused on “deep dive” discovery, customer empathy, and investigation in order to fully grasp the current situation and properly frame the problem. Orient is perhaps the most important phase, and is focused on insights gleaned from observation, then generating and building up ideas that respond to those insights. Decide is focused on formulating a central hypothesis upon which to craft a rapid, real-world experiment with a minimally viable prototype of a promising solution. Act is where the test is run, results are compared to the expected outcome, and followed by a reiteration, tactical direction change, or abandonment of the idea.

OODA loops are nearly identical in content to the Plan | Do | Check | Act (PDCA) Shewhart Cycle taught by the late W. Edwards Deming and used throughout the entire Toyota organization, from process improvement efforts to product design and development cycles to supply chain optimization.

The most well-known and most-studied application–which I became intimately familiar with over the 8 years I spent as a full-time advisor to Toyota–is the “lean” Toyota Production System, the ultimate goal of which is to the shrink the time from customer order to vehicle delivery. Nearly 1 million PDCA/OODA experiments are run annually. Called Build | Measure | Learn, lean OODA loops are the centerpiece of the “Lean Startup” movement.

The irony of my work with LAPD was that we were essentially teaching each other the same loop, just applied in different contexts. And that’s the takeaway insight: use OODA loops anytime, anywhere…every time, everywhere…don’t the warrior’s mind is universally applicable in just about every situation imaginable–with customers, with competitors, you name it.

It will be 11 years tomorrow that Fast Company’s Keith Hammond penned a wonderfully accurate column called “The Strategy of the Fighter Pilot,” writing:

“Want to test out new ideas, get feedback from your customers, adjust your product accordingly, and launch a new version before your competition even senses the opportunity? Then learn how to make the OODA loop the centerpiece of your process.”

Hammond was spot on. Business is a dogfight. There’s no shortage of good ideas, and the half-life of an idea is shrinking rapidly. If you can’t get your idea into the hands of potential customers quickly, someone else will.