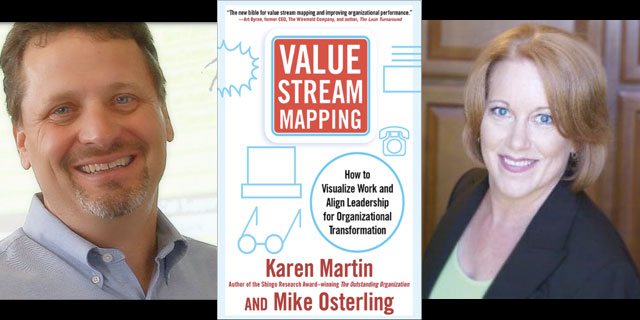 Wading In The Value Stream

Karen Martin, author of Shingo prize-winning The Outstanding Organization, is out with a new book with coauthor Mike Osterling, on a key tool used by “lean” advocates: Value Stream Mapping. (That’s both the tool and the title of the book.)

This book clarifies and simplifies something that stymies many people, myself included. For that reason alone, Value Stream Mapping is well worth picking up. It’s a straightforward user’s guide to constructing current-state and designing future-state value stream maps that help you visualize and improve your efforts to flow value to your customer.

Now, I’ve never been a raving fan of value stream mapping as an activity, for a few reasons. First, I never really saw them used in the fast-paced, project-based, knowledge work domains while working with Toyota. Second, I find them to be missing something critical to making anything of value flow freely: people. (If you’ve been reading my last couple posts on systems, you’ll catch my drift.) And I’ve all too often seen value stream mapping efforts degrade into being all about the map. Which of course misses the point.

I admit to being weaker on the left side of my brain than my right. When I look at a value stream map, I’m reminded of my father’s engineering diagrams or wiring schematics. Invaluable to making things work right and diagnose/fix them when they don’t. But, like those visuals, value stream maps make my eyes swim…even the well-drafted, basic ones: 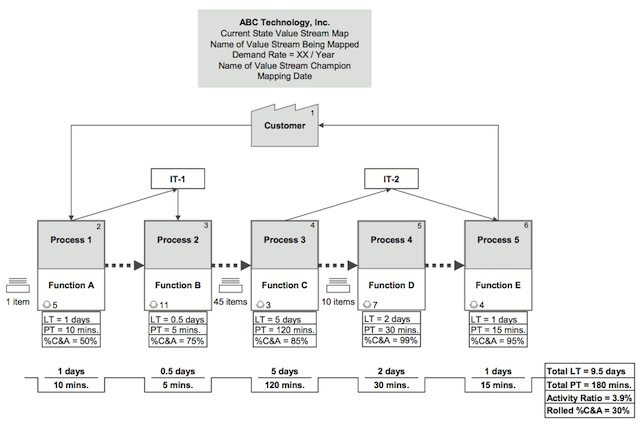 All of above reasons provide the very reasons why the authors thought the world needed another book on value stream mapping. I can’t be the only one struggling with it.

In fact, in their work with organizations, they’ve seen the top six ways value stream maps get misused and abused (nearly all of which I’ve observed as well), which they aim to rectify in the book:

1. Using the Mapping Process Solely as a Work Design Exercise. “Going through the effort of creating value stream maps without experiencing its accompanying organizational learning, culture shifts, and leadership development benefits is like buying a Ferrari and using it only for city driving where the speed limit is 35 miles per hour.”

2. Using the Map to Make Tactical Improvements. “Too many organizations miss the benefits of value stream mapping by trying to use them to define tactical-level improvements, the purview of process maps. One visual cue that this problem exists is when we see so-called value stream maps that extend the entire length of a wall, containing 30, 50, or even more process steps.”

5. Mapping with an Inappropriate Team, or No Team at All. “Related to the danger of using value stream maps at a process level, many organizations miss the richness that comes from having the appropriate parties on the mapping team. Since value stream mapping is a strategic improvement activity and the future state map often requires significant organizational change, the team must include those individuals who can authorize that level of change.”

6. Creating Maps with No Metrics. “A typical value stream map has three key components: information flow, work flow, and a time-line. Using time to drive improvement has proven one of the greatest contributions the Lean movement has brought to the operations design table. The timeline is, by extension, where value stream mapping shines its brightest light.”

As the authors put it, “Value stream mapping forces an organization’s hand to either make the difficult structural changes that are more in line with the cross-functional reality within which they exist, or continue to deny reality, stick with outdated structures, and continue to perform accordingly.”

And, as I’ve been contemplating systems of late, Value Stream Mapping has this relevant comment:

“Value stream mapping also presents a pragmatic way to realize systems thinking, one of the pillars in the work of both W. Edwards Deming and Peter Senge. When organizations see the interconnectedness of various departments and processes, they make better decisions, work together in more collaborative ways, and avoid the common and costly trap of suboptimization.”

The best news is that after reading Value Stream Mapping, I feel my headache dissipating. 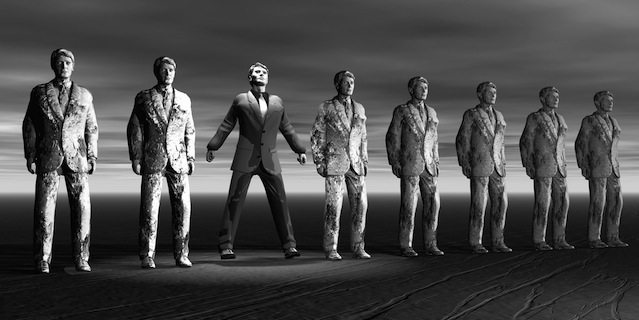 How To Be Outstanding

A few weeks ago, on a typical Monday, a friend asked me how my weekend was. Normally I give a one-word answer like “great!” or “excellent!” The words don’t really mean anything, as they’re along the line of the knee-jerk “how-are-you-good-how-about-yourself” exchange we make with the cashier at the grocery store.

This particular Monday, though, I replied, “Outstanding!” It caught my friend up short, and he wanted to know why. I explained to his satisfaction (details irrelevant), but it got me thinking about the importance of the term. Somehow “Outstanding!” is a proclamation that carries a bit more weight than “Great!” or “Excellent!” Maybe it’s because the latter two are overused, along with the oft-refrained “Awesome!”

Be that as it may, I tapped my friend (and contributor* to The Laws of Subtraction) Karen Martin, founder of Karen Martin & Associates and author of The Outstanding Organization, to provide a little insight, in the context of group performance. 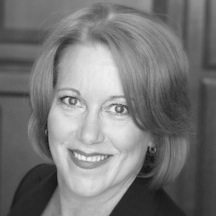 Karen defines an outstanding organization as “one that has consistently delivered high value, relative to the alternatives, to stakeholders for years, if not decades.” Measurement of that value, she argues, can vary, and isn’t as important as the consistent delivery of value, however it’s specified.

I challenged her to provide me with the three things an organization must subtract, or restrain themselves from, to be outstanding.

“First, say no to excessive ambiguity,” she wrote. “The world is fluid, certainly, but operating in an excessively ambiguous environment is costly, frustrating, and often results in poor quality decisions and output.”

“So,” she continued, “whether it’s unclear priorities, ill-defined processes, or unclear roles and responsibilities, reducing the ambiguity provides greater bandwidth to successfully cope with externally-produced ambiguity that is often outside an organization’s control.”

Personally, I’m a fan of well-designed ambiguity, such as the kind shared space traffic intersections employs. The effect of unintelligent, unintentional and poorly-designed ambiguity, though, is confusion. And there’s more than enough confusion in the world, for sure. I asked her for some starting points. Her answer:

“Begin noticing where people seem confused. Attack the area where you have the greatest need. Maybe it’s clearly communicating priorities to your team, or clarifying your team’s roles and responsibilities. Maybe it’s communicating more clearly to your internal suppliers and customers. Practically speaking, examine email exchanges, noting the language that adds confusion. Make sure it doesn’t appear in future communication.”

“Do fewer things at once,” she wrote. “Multitasking is a misnomer, because it’s impossible to perform two cognitive activities at once. What you’re really doing is ‘switch-tasking.’ It’s a costly habit that easily adds 20-50% additional time to complete the task at hand.”

What Karen’s talking about is focus. “By focusing on fewer initiatives, projects, new products, or goals—and completing them before moving on—you’re able to accomplish far more in a defined period of time with higher quality and less wear-and-tear on the people involved.”

Create consistency through standardization,” she urges. “Standardization enables greater flexibility and responsiveness because it’s easier to adjust when people operate in a defined way. The common fear around standardization is unfounded; it’s one of the most freeing and creativity-enabling action an organization can take.”

“Work doesn’t have to be as hard as we make it,” she concludes. “There are many ways an organization can use subtraction to replace costly, stressful, and quality-eroding behaviors with the behaviors that enable providing value to one’s customers. Outstanding organizations gain market share and become an employer of choice for a reason. They operate with high degrees of clarity, focus, discipline and engagement. It all begins with making a commitment to a better way, and the courage, discipline and patience to see it through. You can make a difference no matter where you sit in the organization. But only if you start.”