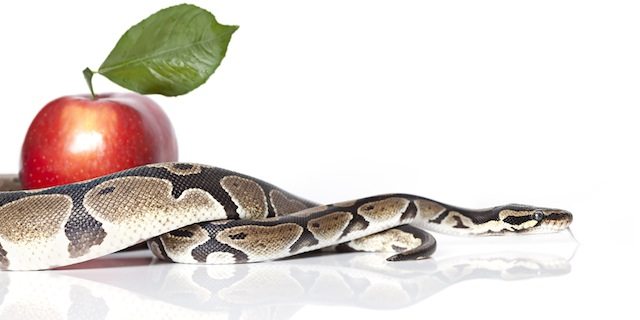 One of the most frequently asked questions I get is, “How can we unleash innovation all across our company?” Through the course of working with dozens of different organizations and teams, I’ve noticed four common traps that are all too easy to fall into, and nearly always get in the way of building a culture of constant innovation. I call them temptations, because they are the siren call to many an innovator.

They’re quite intuitive, and thus very hard to resist.

In sports we worship the game-clinching grand slam home run, the three-point field goal at the buzzer, the blinding slapshot in overtime, the “Hail Mary” pass, and the hole-in-one. Likewise in business, we worship the killer app: it’s impressive, it’s newsworthy, and it puts us ahead of the competition for a time.

But moments like these are rare. There are no baseball teams with a roster solely made up of home run hitters, and the most accomplished home run hitters generally have a low batting average and a high strikeout rate. In business that translates to huge risk and is usually accompanied by high cost.

Therefore, it might just make more sense to have the whole team focus on making it to first base every time at bat.

This is the “bells and whistles” trap which can easily get out of control in an effort to outdo competitors. It carries with it the danger of complexity and customer alienation. How smart is your phone, really? Great pictures, music, video, but wouldn’t you love to be able to make a call without the call ever dropping?

Mention “innovation” and people immediately think technology. The pace of technological progress sweeps us off our feet, and we get all caught up in the gizmo while losing sight of the why behind the what. The simple truth is that business innovation is about value, not gadgetry. People don’t want products and services, they want an elegant solution to their problem.

A lot has been written about how innovation should go beyond incremental improvement, and how it entails seeking and taking big risks. How it’s all about big ideas and radical departures from convention. How it means completely scrapping the old system, and how you need deep pockets just to play the game.

Those biases are limiting at best, and only serve to inadvertently exclude the everyman from innovating. If you want company-wide innovation, you need to define innovation in a way that includes everyone, irrespective of function or role. As I’ve said many times before, I like the definition of innovation given by JetBlue founder David Neeleman: “Innovation is trying to figure out a way to do something better than it’s ever been done before.”

This simple definition wrestles to the ground a complex concept and makes it accessible to everyone at every level.

Combined research from the Employee Involvement Association and Japan Human Relations Association reveals that the average number of ideas submitted per employee annually is 100 times greater in Japanese companies than in U.S. companies. Why is this?

For one thing, the Japanese culture promotes mastery. For another, Americans reward the wrong thing in the wrong way. The average reward in Japanese companies is 100 times less than the average U.S. reward of nearly $500. But we have it backwards because we reward only accepted ideas. This has all but killed the creative drive of corporate America. Dan Pink in his book Drive makes the point quite eloquently.

History has shown that sustainable business innovation isn’t as much about throwing the Hail Mary pass as it is about running a solid ground game. Companies that have truly mastered innovation know that it can be “derisked” by making a number of small bets across a portfolio of ideas, rather than one big bet-the-farm gamble on a would-be killer app. And to win consistently over the long haul takes strong disciplines and solid routines for solving problems and chasing opportunities.

But how do you know if you’re heading in the right direction?

One answer is to look around you, use your power of observation, and start solving the little problems you see that reside in your sphere of control, expertise, and responsibility. In the words of Malcolm Gladwell, “little things can make a big difference.”

Take the case of Sakichi Toyoda.

The story begins in Japan, in 1888, twenty years after the country opened its doors to the outside world (known as the Meji reformation), and two years into the Japan Patent Law.

A young man living in a rural farming community watches his mother slave all day in the rafters of their humble home to bring a little extra money into the household by weaving clothing on a manual spinning loom and selling it to a village merchant. She uses a primitive tool unchanged for centuries. It pains him to see her scrap a hard day’s work because of a single broken thread in the finished garment.

Barely 20, inventive, energetic, and eager to change the world – carpentry is his trade, but not his calling. Ignoring elder disapproval, he challenges himself to build a better loom, sketching prototypes, building test models, and applying his woodworking skills in creative ways that others view as eccentric.

In just two years time, he receives a patent for a foot-powered loom that improves quality and productivity dramatically. He’s not satisfied. He turns his attention to developing a power loom.

By 1898, a decade into his quest, he perfects Japan’s first steam powered loom, which allows textile mills to quadruple productivity and halve costs. His looms are the highest quality, lowest cost, and easiest to use – putting the finest German and French looms to shame.

Business booms, and his star rises quickly in Japan. His quest to perfect drives him ever forward, creating a string of tiny innovations in rapid succession.

30 years into his search, he designs a mechanism to automatically halt the loom whenever a thread breaks. Nearly a lifetime in the offing, Sakichi Toyoda finds the elegant solution. It changes the world. It takes five more years to perfect.

And so from small but steady improvements with radical results and a strong desire to help people is born Toyoda Automatic Loom Works, the precursor to Toyota Motor Company.

The story of Sakichi Toyoda is not about invention, or about the technological development of the automatic loom in Japan. It’s about one man’s nearly spiritual quest to solve a very real problem facing the world around him. It’s about true innovation, and the discipline of artistry at work.

In his own words, just before he died at the young age of 60:

“In those days, spinning and weaving was not a thriving business as it is today. The work was done by old women sitting at home and weaving the cloth by hand. Although everybody in my village was a farmer, every house also had its own handloom. I began thinking about ways to power the looms so that weaving could be done faster, and more cloth could be made more cheaply. People could then buy cotton goods for less, and that would benefit society substantially.”

Sakichi Toyoda did not live to see his son Kiichiro start the car company, which began in a far corner of the loom factory.

That’s how you resist the temptations of the innovator. Do it, and you may just change the world forever.