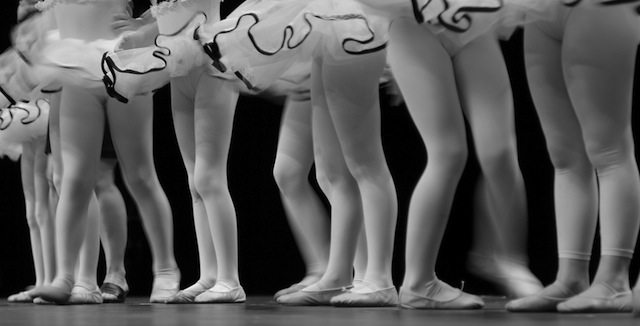 Talent does not declare itself in an instant.—Chardin

My 11-year old daughter recently decided to discontinue her pursuit of competitive gymnastics. After six years, spending 25 hours a week in the gym, and competing at a level 7 (out of 10, 10 being NCAA Division 1 level), she came to the conclusion that while she loved bouncing, balancing, swinging from bars, and the close camaraderie of her teammates, she didn’t have the natural talent to “make it.” She wasn’t naturally flexible, and getting taller by the minute. I thought she was incredibly mature and insightful to come to that conclusion at her young age.

It got me thinking about the trouble with talent.

The trouble with talent is that, with a few rare exceptions, it’s to difficult to detect in ourselves once we’re adults. Talent (or lack thereof) in the average workaday world does not manifest itself as easily as it does in the world of gymnastics.

The question becomes: where and how do we look for our talents? At one level, it makes sense to say that we are likely find clues to our talents in the obvious places commonly cited: our passions and our proficiencies. They may not be enough, for a number of reasons.

Passion – what we currently enjoy most – yields only partial insight, for the simple reason that just because we love to do something doesn’t necessarily classify it as a talent. Basketball superstar Michael Jordan’s attempt to transfer his athletic talent to his other passion, baseball, was an exercise in utter futility at the professional level. What was missing was the element of proficiency.

Proficiency – what we’re currently good at – as well yields only partial insight with respect to talent, for a number of reasons. Most successful people in the workforce today are good at what they do, but only a minority work within their true talent zone. Perhaps this explains the tens of millions disengaged professionals: The element of passion is missing.

We can be technically proficient or competently skilled in an area without having a natural gift for it; skill is something developed through training and practice, regardless of whether a talent is involved. (To wit, my daughter.) Confirming that talent is present depends on the degree and depth of that training and practice – a person who has spent many difficult years developing a given skill may only become as good as a truly talented novice having a fraction of the training.

In other words, in order to know for sure if talent is involved, we would need to understand the amount of work and diligence required to attain the level of performance we observe.

In each case, talent has been developed into exceptional skill through diligent practice. Remember, talent remains nothing more than endowed potential, unless and until it is developed into skill. But you cannot train to become talented. As Helen Hayes once so eloquently put it: “The old-fashioned idea that the simple piling up of experiences, one on top of another, can make you an artist, is, of course, so much rubbish.”

Early childhood proficiency is a much better indicator of the presence of talent, because young children have yet to be exposed to institutional education, which tends to round out and then mask natural tendencies. Young children are pleasure-seekers: They quite simply want to spend time playing and doing what comes most naturally to them, and what brings them enjoyment.

Where do we look for those clues? In those rare and personally exciting moments of unexpected virtuosity and mysteriously rapid learning. All of a sudden, it’s as if we were born for that moment – we’re energized, we’re on fire, we’re way out in front, and loving it. We are the proverbial “natural.” We ask ourselves, “Hey, how did I do that?”

The bad news is that not everyone has been lucky enough to have experienced such seismic moments. My daughter never did…when it came to learning new gymnastics moves, nothing came easily for her.

The good news is, though, that most of the time we just do a rather poor job of paying attention to and recording the more minor tremors that occur on a daily basis. And that’s easily remedied.

THE POWER OF FEEDBACK

In his 1999 book Management Challenges for the 21st Century, the late Peter Drucker suggested a centuries-old tool as the very best method for identifying at once our passions, proficiencies and proclivities, a strategy which he termed “The Feedback Analysis.”

The Feedback Analysis has its roots in organized religion, originating with a 14th century European theologian, and then subsequently adopted simultaneously, yet separately, by two spiritual leaders: Jean Calvin, founder of Calvinism, and Ignatius Loyola, founder of the Jesuit Order. Both institutions were founded in 1536, both integrated the method into the rules for their respective memberships, and both organizations became dominant influences in Europe within three decades of their birth. Assessing regular feedback worked as an effective mechanism to maintain loyalty, commitment, achievement and personal satisfaction in a time when many of the thousands of Calvinist pastors and Jesuit priests worked alone or underground, some in isolation, fearing persecution. There were very few defections among the faithful memberships.

So how does it work?

The Feedback Analysis is basically a performance journal in which you record every key decision you make, and every key action you take, along with your projection of the expected outcome. Months later, you review your performance and satisfaction, feeding back from actual outcomes to expectations. Over time, your collective strengths (and weaknesses) show up as patterns and trends.

Instances in which results meet or exceed your expectations indicate a potential domain of talent or strength, as would activities in which there exists both ease and enjoyment in learning, performing and perfecting. For additional insight, you might enlist input from others with whom you work and interact.

Drucker wrote, “I have been doing this for some fifteen to twenty years now. And every time I do it I am surprised. And so is everyone who has ever done this.”

In their 2001 book Now, Discover Your Strengths, Marcus Buckingham and Donald Clifton echoed Drucker’s recommendation, stating, “Probably the best way to pinpoint your talents is to monitor your behavior and your feelings over an extended period of time…”

One certain conclusion I’ve drawn personally from the exercise is this: There is a strong relationship between passion, proficiency and proclivity. We focus more energy at excelling at the activities we enjoy most and that are easy, or at least painless, for us. At the same time, we enjoy more those activities in which we tend to excel and pick up quickly.

The two reinforce each other. Since enjoyment and ease drive one to practice their talent, and rising ability in turn drives enjoyment ever higher, perhaps one key indicator of talent is the degree of time and effort spent developing skill within a given activity.

And, if we look hard enough below the surface of any of our favorite non-work activities, we may uncover a workplace talent. The backyard master gardener may harbor the hidden and invaluable workplace talent of nurturing the development of others — a critical management talent for coaching.

One thing is sure: to be considered a real talent, there must be present all three characteristics: passion, proficiency, and proclivity.

At the same time, the method points out a gap in the approach, which is that even when taken together, these three criteria may not always be enough to accurately determine our talents, because they only focus on our current goings-on and known experiences.

THE NEED FOR DISCOVERY

What of the undiscovered gift? Might we not easily harbor an unknown passion, proficiency or proclivity that may reveal clues to a true talent? What if the opportunity has simply never presented itself? Is it possible that the greatest artist to have ever lived passed through life without ever lifting a brush?

There have certainly been some close calls. History is rife with examples of exemplary talent which if not for the knock of opportunity and touch of serendipity might never have revealed itself. Henri Matisse was a miserable legal clerk in his twenties before he ever lifted a brush, and did so only when given a child’s paint kit by his mother to lift his spirits when he was bed-ridden with illness.

Vincent Van Gogh studied for the ministry. Poet Wallace Stevens was first an attorney by trade. Playwright William Shakespeare began as an actor. Thomas Jefferson was a farmer and lawyer. Benjamin Franklin started his career as a printer. Dr. Albert Schweitzer began as a musician and theologian. Mother Theresa worked first as a schoolteacher and principal. Sakichi Toyoda was trained as a carpenter.

All of these individuals made extraordinary contributions through their gifts in areas quite apart from their previous ventures, accomplishments only possible through the force of natural talent.

There is one final aspect of talent we must consider: A social component to talent exists – it must result in roles and skills positively valued by our culture.

For all of these reasons, an argument can be made for both a more robust theory of talent, as well as for a course of action focused on self-discovery.

As for my daughter, she will take her skills and point them toward dance. And to be honest, as I look back at videos of her jazzing out to music at age 4, I think she has some talent.

The Most Important Choice

Guiding Light for the Artist’s Journey