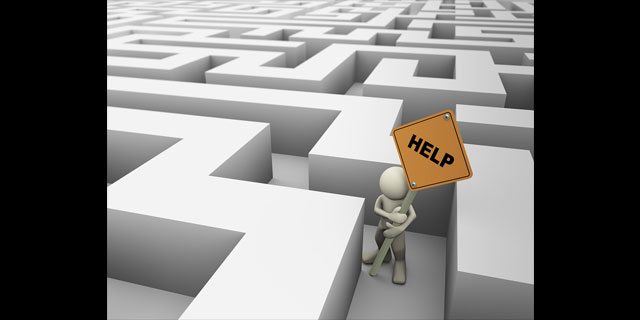 So how do you battle a system that rules your work or life in some way and that is blocking your path forward?

I was all set to tackle the debacle surrounding the Obama health care “system,” but two things changed my mind about how to ease into what I think will be at least a couple of posts on the topic of systems and systems thinking.

First, it’s far too easy to play armchair quarterback. It’s tempting. Which is why everyone does it. But the truth is, without actually having changed the system in some way, (like my friend Dr. Richard McCauley has single-handedly done with his WellnessMart business) there’s just no credibility. You’re just a gadfly, no matter how fancy your thinking.

Second, something even more pressing and personal of a systems nature arose, which put me in a Gladwellian “David v. Goliath” position: I came up against the system that governs the game of tennis. The United States Tennis Association (USTA).

Now, the USTA runs everything from the U.S. Open down to recreational tennis teams representing their local tennis club. There’s a core player rating system, not too unlike the one governing golf. The rating system goes from 1.5 to 7.0 in half-point increments, 7.0 being a world class player…like a Novak Djokovic, Rafa Nadal, Andy Murry, or Roger Federer. The majority of recreational tennis players fall in the 3.5-4.0 range. The majority of NCAA college tennis players fall in the 5.0-6.0 range.

Those ratings are governed by a computerized scoring system. Every match, every set, every game, every point you play as a USTA member in a USTA-sanctioned event gets entered into the system. That system uses some black-box algorithm to arrive at your rating. Included in the algorithm is not just outcomes, but inputs…such as who your opponent is, and what their record is against others, and their rating. In other words, it isn’t just a simple win-loss ratio. In fact, you can actually defeat a lesser rated opponent, and have the match may work against you! (A 4.0 player winning by a slim margin against a 3.5 player works to the 3.5 player’s advantage, but not to the 4.0 player’s.)

Next to your rating is a letter: S for self-rated, A for appeal, C for computer-rated, and B for “benchmark,” meaning you’ve advanced to a championship or playoff. S and A are not desirable. C and B are. Or are they?

My wife, a confirmed tennis-aholic, has for several years been playing as 3.5 rated player. USTA defines 3.5 this way:

You have achieved improved stroke dependability with directional control on moderate shots, but need to develop depth and variety. You exhibit more aggressive net play, have improved court coverage and are developing teamwork in doubles.

Her challenge has been not playing at the next level up–4.0–but getting rated 4.0. She’s been playing 4.0 tennis for at least two years. It’s just that her 3.5 rating hasn’t been indicative of her higher level play.

You have dependable strokes, including directional control and depth on both forehand and backhand sides on moderate-paced shots. You can use lobs, overheads, approach shots and volleys with some success and occasionally force errors when serving. Rallies may be lost due to impatience. Teamwork in doubles is evident.

My wife mainly plays doubles. She plays on both 3.5 and 4.0 teams. When she plays 3.5, people complain that she’s “sandbagging.” The teams (and she has, at times, been on as many as 6 teams at once) she’s played on have won their respective leagues, advanced to regional playoffs, and even vied for national-level honors.

The problem was that the USTA “benchmarked” her, putting her at at 3.5 B rating. In other words, she defined the top of the 3.5 category, for over a year. But her goal this year was to get bumped up to 4.0.

For whatever reason, over the past two years, all my wife’s doubles partners got bumped, but my wife didn’t. Weird. Frustrating. And indicative of a bad system. Why would her partners get bumped up, but not her? It didn’t make sense.

She chalked it up to a system glitch. So, she decided to overpower the system. She committed to achieving 4.0 status by year-end 2013 by playing as much, and winning as much, as she possibly could. She went on a tear–ending the year with a match record of 31 wins, 6 losses in 3.5 level matches. She won a tournament. She went .500 on 4.0 matches. She advanced to regional playoffs twice, losing but a single match (out of 6). She played mixed doubles, teaming with a 4.5 rated player, and won.

Anyone watching her would label her a solid 4.0 player. No problem getting rated 4.0 when the December year-end ratings were announced, right? Wrong.

She remained 3.5 B. The system ruled.

All that hard work, and for naught. Hurt and angry, she tried to appeal her rating via “the system.” (There is a computerized appeal process…punch the “appeal” button and pray.)

The last thing she wanted was an A (for “Appeal”) next to her name, but she risked it anyway, she was so distraught. But the system doesn’t allow appeals when you are a “benchmarked” player, so it automatically denied her appeal.

She had tennis pros and club directors contact (phone and email) local and regional USTA officials. The officials either did not respond at all, or simply aped the system message: “can’t help you, you’re benchmarked.” It’s as if she had a lesser performance record, she’d be in better standing.

THAT is a bad system. Somehow, she was caught in a black hole in the black box, and no one knew how, or, more accurately, no one cared enough to go up against the bad system in defense of a good person.

Back to the original question: how do you defeat a seemingly all-powerful system?

Answer: on an anything BUT a level playing field. With another system outside the one you’re up against, one that allows you to get to the genesis of the system you want to defeat–the people who created it and tell it what to do in the first place.

You CANNOT do it from within the system! (This is why most systemic change happens only when leadership changes hands.)

So I went to work. I used the power of the social media system. I used Twitter to tell my wife’s plight, and to publicly condemn the USTA rating system.

It didn’t take long to get their attention. USTA sent me a direct Twitter message with the personal contact information of the USTA Director of Competitive Tennis at USTA headquarters in New York…the ratings czar. That information is not public.

An email to this individual explaining my wife’s situation evoked an immediate response, to my elation. (I am certain the pump had been primed from the Twitter exchange. I had made it clear in my Twitter rants that I would chronicle all events on Twitter.)

The Director looked into my wife’s record personally, and implied that a manual rating computation would have “a favorable outcome” and “happy ending.” That was how we knew a systemic mistake had been made. The Director paved the way with an intro to the person with the ability to manually override the system, and my wife took it from there.

She sent a short email to the person we were told could actually intervene and enter a manually computed rating. We were told “it might take several days.”

Thank you letters went out, I concluded my story on Twitter, and everyone will live happily ever after. Until, of course, the system gets up to bat again.

Lesson: the system bats last. It mostly wins. Except when it doesn’t.

Should it be this hard to change a system? Should the normal situation be that when you put a good person in a bad system, the system automatically wins?

I don’t think so. A good system must be more dynamic, more user-focused. You shouldn’t have to resort to tactics like I did to prompt change. You shouldn’t always have to be the squeaky wheel, nay, the fingernails on the chalkboard, to prevent mistakes from being institutionalized. Change needn’t always come from an outsider.

Systems should have learning and improving built in. They should engender trust through transparency.

So why don’t they, by and large?

Systems–and systems thinking–have great relevance to what everyone in business is striving for these days: a strong culture of innovation. The focus in popular business press is on the visible part, the culture. I think it’s a red herring.

I think that if you want to create a strong culture, you have to focus on the thing on which culture rests: the system.

And that’s what I’ll write about next.

You Can’t Craft A New Strategy Until…

What Capabilities Do You Need to Win?