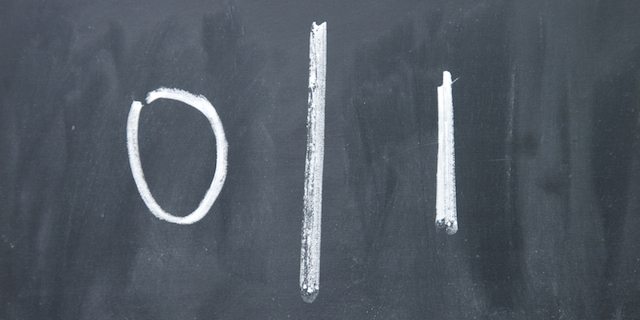 When Stanford law student Blake Masters decided in the Spring of 2012 to enroll in undergraduate computer science class CS183 and post his class notes on his Tumblr blog, little did he know they would become an internet sensation. Masters wasn’t so much interested in computer science, but rather in startups, and CS183 featured a unique teacher: Peter Thiel, cofounder of Paypal, and Facebook’s first outside investor.

And a book wasn’t even a blip on Masters’s radar screen. Fast forward to today, and one of the most anticipated book launches of the fall: Zero To One: Notes on Startups, or How to Build the Future, by Peter Thiel and Blake Masters.

Most startup aficionados are familiar with Peter Thiel. And even if they aren’t, they’ve probably gotten a chuckle from the hit HBO series Silicon Valley, which featured a character humorously based on Thiel, by the name of Peter Gregory. Or perhaps they saw him depicted in the 2010 movie The Social Network.

The book’s title comes from Thiel’s philosophy of progress: going from zero to one is transformative, going from 1 to n is incremental, and, in Thiel’s view, not ground on which any upstanding entrepreneur wishing to launch a startup should tread.

I was fortunate enough to receive an advance edition. Zero To One, which of course based on Masters’s class notes, is without a doubt a book no entrepreneur can ignore. While the class notes are still available and will remain so indefinitely, the book is a far more elegant treatment, one that I enjoyed so much that connected with Blake Masters to ask him a few questions about the challenge of going from zero to one.

Going from 0 to 1 isn’t about being first in a technical sense. Actually, the most transformative companies are the last movers that come to define their industry. And you can’t get there by incrementally improving what already exists. Gates, the Google guys, and Zuckerberg didn’t merely tweak existing offerings; they improved on them by orders of magnitude—and when you’re that much better, quantitative change shades into something qualitative.

Inventing something totally new is a 0 to 1 achievement, but so is deploying impactful technology at scale. And, in a way, that’s even more interesting, since in business it’s important not just to create value but also to capture some of the value you create.

There’s absolutely no question that American business needs to aim higher generally—and that’s why we wanted such a stark concept of “0 to 1.” Unless there’s a way in which our standards are almost too radical, then they’re probably not high enough.

I love the thought-provoking, contrarian question you pose early in the book and that forms the premise of the book, which is: What important truth do very few people agree with you on? So…let me ask it of you!

Most people believe competition is a healthy spur to productivity, but I think it’s mostly dangerous and distracting. In college I spent about half my time reading books; the other half I spent training to make Stanford’s varsity basketball team. Ultimately, I didn’t make it. I think I was probably good enough—but that’s precisely the point: I was unthinkingly competing with better players just so I could get better and compete with them at a higher level. I was never going to be as good as the top guys, and my time would have been better invested elsewhere, but the competitive dynamics acted as blinders.

Something like this is true in business today: on the margin, people pay too much attention to what direct competitors are doing instead of focusing on unique and ambitious plans.

I chuckled at your great line, “lean…which is code for unplanned.” You rightly take issue with the modern mindset made popular by the lean startup “movement,” that entrepreneurship should be treat, as you put: “as agnostic experimentation.” Can you explain to all those bought into the “lean startup” why a bad plan is better than no plan?

The Lean Startup is a good book with many good insights, but far too many people have learned to use “leanness” as a justification for not thinking through what they’re doing in advance.

A bad plan is better than no plan because it can at least point to an ambitious goal. PayPal pivoted from making PalmPilot software to doing email-based payments, but the company was driven by a definite ambition from very start. That’s why they were able to build a valuable business, even though that founding mission—to create a new currency to replace the US dollar—went unrealized.

Great companies don’t cast about randomly for business models; they pursue a definite view of how the future could be really different. SpaceX wants to take humans to Mars; Tesla wants to end the gas-powered car. There’s nothing “lean” about that.

I enjoyed your chapter on competition and monopoly. What are some of the lies each camp tells?

It’s incredibly hard to think about markets objectively; we’re always biased to frame things in self-serving ways. Any company with a large market share will be tempted to exaggerate how much competition it faces. This is why Google pretends to be a multifaceted technology company that has to compete with other smartphone manufacturers and cloud storage providers and auto makers instead of acknowledging that it’s a search company that competes with… essentially no one.

Non-monopolists tell the opposite lie: “we’re in a league of our own.” Every restaurateur tells a story about how his restaurant is so unique, even though he’s operating in a really tough, mostly homogenous and low-margin industry. Without even trying to be deceptive, fierce competitors trumpet their uniqueness while the most unique and profitable businesses tend to hide it.

Can you give the OPEN audience a few key pieces of advice on how to, in your words, “use a clear head to build a monopoly business?”

Start with a small niche market, and dominate that market. That’s it, really—every great business is unique, but this single rule is universally applicable. If you don’t worry your initial market is too small, then it’s probably way too big. Don’t focus on scaling up or adding tons of features or anything else at first—focus only on dominating a small niche at first.

One of the more compelling concepts in the book is “the power law.” Can you briefly explain it, why people fail to see it, and what to do with it?

Our power law thesis is simple: very often, things that can at first appear equal are in fact radically unequal. Everyone understands this a little, but it’s the kind of truth that no one could ever understand and internalize entirely. Our general life experience is fairly linear, and we all have this bias towards egalitarianism: most moments seem pretty similar to the ones that come right before or after, and most decisions we make seem to differ only a few degrees in importance. Actually, some moments offer singular opportunity, and some decisions matter far more—almost unimaginably more—than most.

Start looking for power law phenomena and you’ll see them everywhere. If you’re a professional, maybe you double down on developing your one most valuable talent rather than assemble a portfolio of exotic and minor skills. If you’re an entrepreneur, maybe you decide to join a great company while it’s growing fast instead of starting a new company yourself.

Don’t waste time competing with others—do something new and valuable and unique instead. There’s plenty left to do. As a society and as individual entrepreneurs, we must avoid both extreme pessimism and extreme optimism.

These mental states can seem like opposites, but they share the same self-defeating nature: a pessimist won’t ever try to do anything new or different, and an extreme optimist might not either because everything will turn out just fine regardless.

In fact, we can build a better future, and you can build a great business—but only if you believe that that is possible and work relentlessly to make it happen.

Blake Masters has followed the advice he’s written, and launched his own startup, called Judicata, a legal software company started with a $2 million seed funding by Peter Thiel.

You can connect with Blake Masters on Twitter at @bgmasters.

Republished from my monthly OPEN column.

[repost] Business Without The Bullsh*t